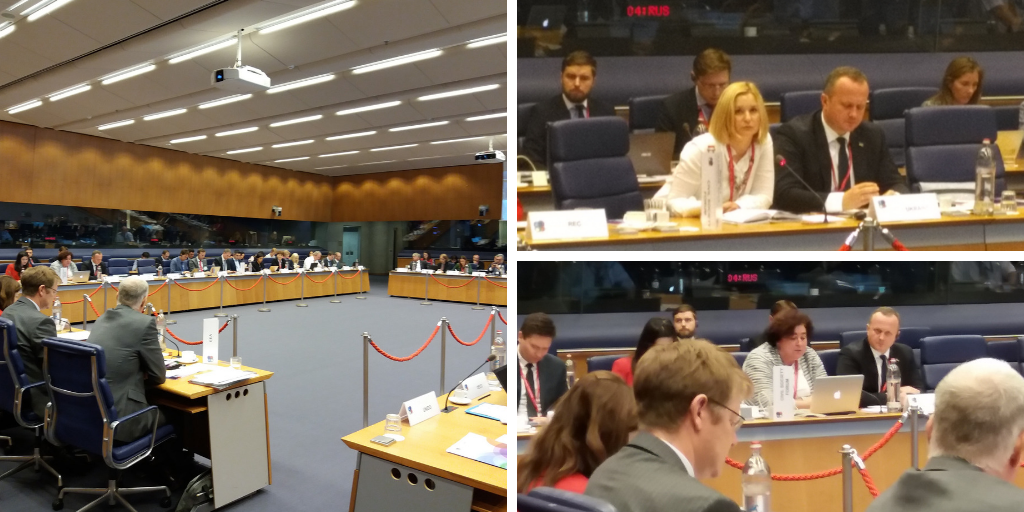 There is a need to strengthen environmental governance – which includes enhancing existing environmental institutions and ministries. A common problem, evident in many EaP countries, is lack of adequate monitoring procedures and general poor environmental awareness, in terms of policy and decision-making process. This can only be effectively tackled by pushing for greater “transparency and public participation on environmental matters”, said Coseru and Golubovska-Onisimova in their speech.

There are changes for the better – thanks to closer EU cooperation, highlighted Coseru and Golubovska-Onisimova. “We are inspired by the fact that all EaP countries adopted EIA – Environmental Impact Assessment and SEA – Strategic Environmental Assessment”, with the Associated Three (Georgia, Moldova and Ukraine) practically implementing the relevant EU Directives. That said, there are numerous cases where investors have tried to go around the legislation – citing E40 waterway, Svydovets ski resort in Ukraine and Amulsar gold mine in Armenia as examples. This is precisely why there is a need for “civil society monitoring”, they concluded.

In their address, Coseru and Golubovska-Onisimova brought attention to two separate issues, affecting the region: deforestation and proliferation of HPPs – hydroelectric power plants. Illegal logging remains a problem, often with a blind eye from the authorities. Considering the large-scale destruction, caused by the construction of new HPPs – they should not be considered “green”. Approval of any future projects of this kind should be strictly conditional on their compliance with EIA legislation. Many in EaP CSF await the findings of the UNDP study, conducted in Moldova – though it is an issue that touches many countries in the region, particularly in Ukraine and Georgia.

Coseru and Golubovska-Onisimova finished with remarks on circular economy and waste management in EaP countries. “EU Green Week demonstrated that circular economy is implemented efficiently where local authorities, SMEs and the general public take an active part in promote the principles of circular economy”, they concluded. We need an approach that is based on dialogue and public engagement, and there are already some good examples, such as “EU4Environment Programme and EaP CSF Regranting Scheme”.