The 11th Annual Assembly – “EaP4EU: Joining forces for a win-win partnership”, was held on December 4-6, 2019 in Brussels, hosting over 300 civil society representatives from the EaP region and the EU as well as international stakeholders, key decision makers and journalists.

Olivér Várhelyi, the newly appointed Commissioner for Neighbourhood and Enlargement Negotiations opened the conference, stressing the importance of empowering civil society and strengthening its role at all levels of policy making in order to support better democratic processes and resilience in the Eastern Partnership countries. You can listen to Commissioner’s speech here.

More than 25 Brussels based stakeholders, think tankers and experts debated with EaP CSF representatives in a participatory World Café format the key ideas EaP CSF submitted to the structured consultation. This major issue became the focus of the high-level panel Future of the EaP: challenges ahead and enabling civil society, featuring the State Minister for Reconciliation and Civic Equality, Georgia – Ketevan Tsikhelashvili, Minister of Justice of Armenia – Rustam Badasyan, Director, Russia, Eastern Partnership, Central Asia, Regional cooperation and OSCE, EEAS – Luc Devigne and the Director Neighbourhood East and Institution Building, DG NEAR, European Commission – Lawrence Meredith. You can listen to the discussions here.

As the highest decision-making body of the EaP CSF, the General Assembly adopted the new Statute of the Forum (ENG, RU), which will allow the Forum to make a next step in implementation of its ambitious internal reform focusing on ethical standards, transparency and accountability.  The General Assembly also adopted the Forum’s 11th Annual Assembly Declaration (ENG, RU), with recommendations aimed at the future of the EaP policy and preparations of the sixth Eastern Partnership Summit coming up in 2020. 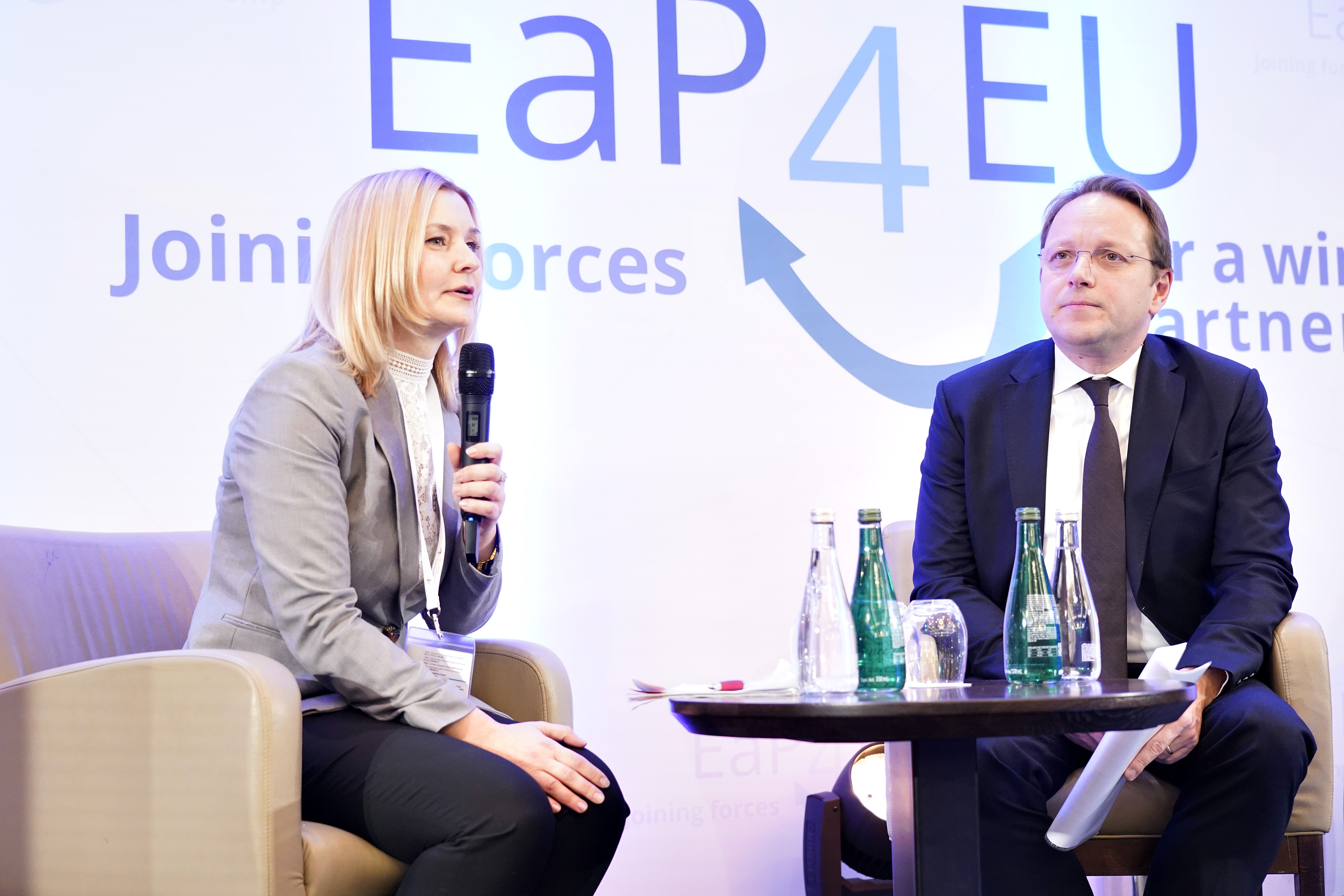 “I firmly believe that an empowered civil society is key for strenghtening a democracy public accountability, advancement of human rights and resilience. Working with the Eastern Partnership Civil Society Forum and the organisations it represents will be a key priority during my five year mandate.”

“We, as guards of democracy in our countries, stand for the basic principles and values together. Promoting and implementing rule of law, good governance and human rights in our countries, we would be able to raise new generation, which would easily implement European values and principles on the whole territory of Eastern Partnership “

“A great event at those turbulent, uneasy and very worrying times not only for the EaP countries but also for many European countries. There is still so much vibrancy, energy and hope in civil society. I really hope that this energy together with collective wisdom supported by smart use of digital tools will open a new path for democracy and development of democratic societies”

“It’s a decade of very strong and unanimous commitment of the 28 for the Eastern Partnership policy. We now have a strong and stable framework for cooperation, delivering also for the citizens.“

Statement adopted on the occasion of the Annual Assembly

Statement by the Steering Committee against Russian aggression and violation of Human Rights in the occupied territories of Georgia, Moldova and Ukraine

members participated at Platforms and Panels

Media mentionings in the EU and EaP

The 11th Annual Assembly was conducted with financial support of our partners and donors. We would like to express our thank you for their contribution to our event. The content of the event are the sole responsibility of Eastern Partnership Civil Society Forum.

About past events
﻿
X