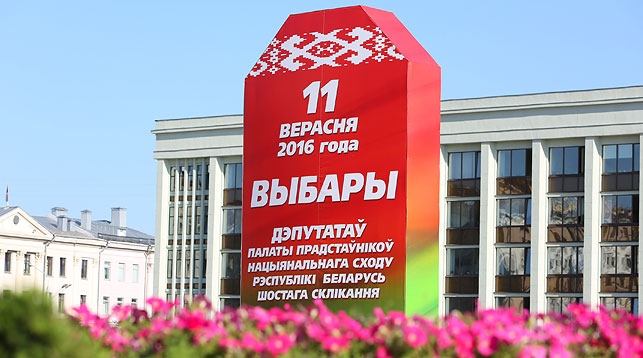 The Belarusian National Platform of the Eastern Partnership Civil Society Forum released a statement in which expresses its concern about how the legislative elections were organized in Belarus on 11 September 2016.

The statement acknowledges minor positive changes during the electoral campaign. Compared to previous campaigns, the collection of signatures for nomination of candidates did not encounter major obstacles. Moreover, the conditions for organizing mass campaign events as well as posting campaign materials were better in comparison with previous elections campaigns. Also, the presence of observers was allowed during the formation of territorial and district election commissions. In some cases a “practice of open discussion of candidates for inclusion in the commission, as well as the practice of personal voting in the case of the competition for a place in the committees” was tolerated.

However, in contrast with this these small improvements, the statement outlines several irregularities which occurred during the election process. These include: “no equal access of all candidates to the public media”, “votes counting procedure remained non-transparent to observers”, “widely used administrative resources in favor of pro-government candidates”, along with other acts which are against the principles of “free, open and democratic elections”. Furthermore, the statement notes that the Belarusian authorities did not take into account the recommendations from the OSCE and ODHIR regarding the improvement of the electoral process.

The Belarusian National Platform does not “believe that the election to the House of Representatives of the two independent candidates does not give reason to believe these elections more democratic” and “that this situation is a result of intentional manipulation of the electoral process by the authorities and significant fraud in the voting process.”