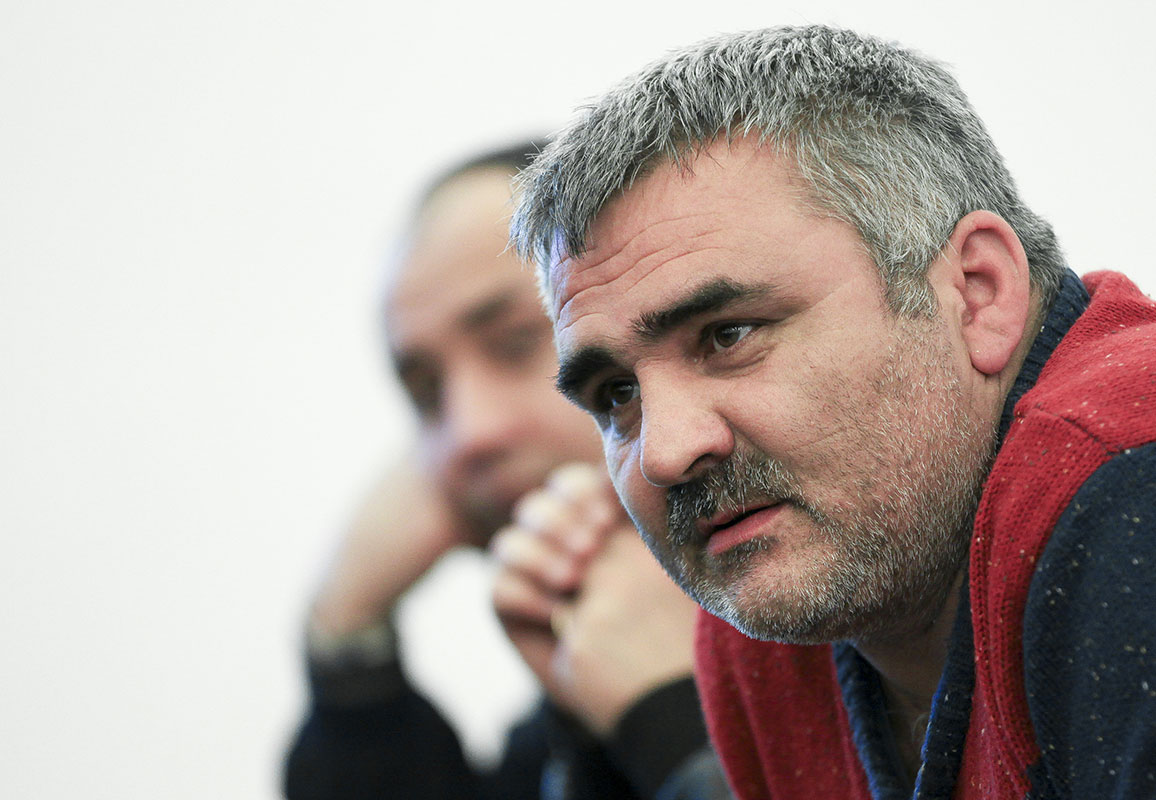 The EaP CSF Steering Committee has decided that Mr Mukhtarli has demonstrated extraordinary courage in journalism and outstanding achievement in the cause of freedom of speech in the Eastern Partnership region in 2017.

“We were impressed by the sheer bravery of the journalist who working in the face of ongoing harassment by the government took on sensitive hard-hitting subjects despite the risks to his own safety and freedom,” commented the Co-chair of the EaP CSF Steering Committee Dovilė Šukytė, Acting Director of the Eastern Europe Studies Centre. She continued: “Raising human rights issues and writing about ill-treatment of imprisoned human rights defenders and activists, Afgan Mukhtarli has shown the importance of solidarity towards those who dare to speak up and are paying a price for it.”

Hennadiy Maksak, the Steering Committee Co-chair and head of the Foreign Policy Council “Ukrainian Prism”, added: “The abduction of Afgan Mukhtarli in Georgia and his sentencing to a lengthy pre-trial detention on politically motivated and arbitrary charges of smuggling and illegal border crossing, as well as the subsequent rejection of his appeal is an appalling violation of freedom of expression.”

At the end of August, the court extended Mukhtarli’s pre-trial detention until the end of October. A great number of international organisations have spoken out in support of Mr Mukhtarli. Following his abduction, the European Parliament issued a resolution strongly condemning his abduction and prosecution. The EaP CSF Steering Committee welcomed the resolution on the case of Afgan Mukhtarli and called for further attention to his situation.

The EaP CSF strongly believes this award will serve not only as a recognition of bravery in an extremely challenging profession, but also as a gesture of solidarity with both Mr Mukhtarli, and the entire Azerbaijani independent media community continuing its work in a climate of fear and repression. The Forum also hopes that this opportunity will contribute to putting a more effective pressure on authoritarian regimes in the Eastern Partnership region in order to put an end to the persecution of independent journalists.

While the situation with the media freedom in the Eastern Partnership (EaP) countries has been deteriorating in the past years, its importance cannot be overestimated. The EaP CSF Pavel Sheremet Journalism Award was established in 2016 in order to recognise outstanding reporting on injustice and human rights abuses in the EaP region. The imprisoned Crimean journalist Mykola Semena became its first recipient. He is accused by the Russian authorities of allegedly violating Russia’s territorial integrity following an article, in which he argued that Crimea should be returned to Ukraine. On 22 September 2017, the Crimean court convicted him on separatism charges and handed down a 2.5-year suspended sentence with a 3-year ban on future journalistic activity. Read his latest statement here.

The award is named in honour of Pavel Sheremet, a prominent journalist who denounced political abuses in Belarus, Russia and Ukraine, for his exceptional contribution to the promotion of human rights and freedom of speech; he became a victim of a car bomb explosion in Kyiv in July 2016.

For further information about the award and the EaP CSF, please contact: