Why Armenians are Successful Everywhere Except Armenia, by Hovsep Khurshudyan 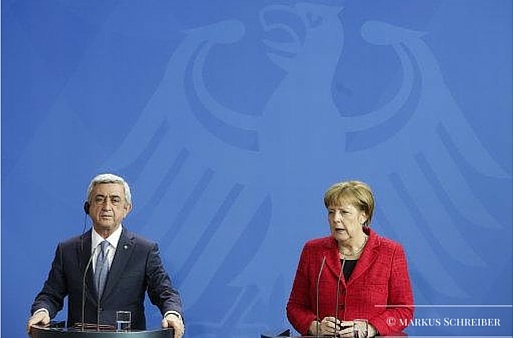 Armenia’s current emigration rate of 4-5% of the whole population annually is the highest in the world. Considering the dire political and economic situation in the country, should we really be surprised?

Armenia was well-known in the Soviet Union for its highly skilled population, its industrial, scientific and educational potential, and its healthcare. Now Armenia has become one of the poorest countries in the world. The average monthly salary in Armenia is $370 (USD), the average monthly pension is $90, and 20% of children under five years old have health problems caused by undernourishment.

The economy is suffering under the yoke of the local oligarchs and Russian monopolies. The authorities have signed many disgraceful agreements with Russia, which force Armenians to buy gas and oil exclusively from Russia at the highest price possible, when oil and gas prices have fallen elsewhere in the world.

There is no serious local or foreign investment in Armenia not only because of the unfavourable economic conditions (some patriotic Armenians from the diaspora are ready to make substantial investments even in these conditions), but also because of the unwritten laws of systemic corruption. Every investor planning a significant project in the country is obliged to donate a substantial portion of its investment to the current president’s family in order to be able to operate without obstruction. For example, the current president’s brother, Sashik Sargsyan, is known in Armenia as Mr. “50%.”

The systemic injustices and illegalities in Armenia, as well as the alienation of ordinary citizens from their own country’s government, have led to widespread apathy and despair. People, who could develop Armenia, are leaving the country for Russia, Europe, USA, Ukraine, Canada and Australia. The current emigration rate of 4–5% of the whole population annually is the highest in the world and is simply disastrous.

The government, through sophisticated and unlawful practices, has left the country’s citizens bare-handed in face of a mighty criminal gang that has seized power in Armenia. The people cannot affect this situation in any way and their participation in the elections serves as a smokescreen for the ruling clan to demonstrate formal conformity with the democratic standards imposed in Armenia by the West after the collapse of the Soviet Union. It is difficult to find another country in the world, where the ruling party has so many members with mafia-style nicknames

On December 6, 2015, Serzh Sargsyan called a referendum on constitutional “reforms” and laid the groundwork to reinforce and perpetuate his power in a weakened Armenia. Currently in his second and final term as President, these changes are designed to enable him to retain power as Prime Minister or Speaker of the Parliament. No wonder that the results of the referendum were rigged. Thanks to the opposition and civil society efforts, the law enforcement authorities have had to file dozens of criminal cases on numerous electoral frauds during the referendum. None of these criminal proceedings have been initiated as a result of the intervention by the Police or National Security Service.

In Armenia catching criminals and handing them over to be tried and punished is the direct responsibility of the opposition and civil society, while the absolute right of the authorities is to release those criminals, who will continue to falsify elections, capture the state, plunder the state budget, and simply sending to prison those who actively resist these electoral crimes. There are 13 political prisoners in Armenia today. This fact has been unanimously accepted not only by the opposition and human rights organizations, but also in Eastern Partnership Civil Society Forum, which has urged Armenia’s authorities to release them many times

But if until recently Armenia’s democratic society has had no hope of a regime change in the country, now, in the light of economic and geopolitical weakening of the Serzh Sargsyan’s main sponsor Kremlin, such hopes are beginning to revive. The opposition, supported by the civil society, will try to change the government for the first time in the history of Armenia and to establish a democratic regime.

In this regard, the situation has a number of similarities with that of Ukraine, and the current president of Armenia resembles President Yanukovych, the former ruler of Ukraine. Serzh Sargsyan enjoys the support of only 7–8% of the population and is widely mistrusted by the general public.