During the Platform Meeting, Coșeru and Nuțu vocally contributed to the discussion on climate change adaptation: EU and the EaP should understand each other as one whole region, as the effects of climate change do not stop at the EU’s external borders, and as the EU relies on the EaP for its energy security. They stressed that EaP countries need strong capacities at local level and strong institutions in order to implement an ambitious programme such as the Green New Deal. They asked how the EU is envisaging to support EaP countries in tackling climate change, addressing the EU representatives Luc Devigne (EEAS) and Lawrence Meredith (DG NEAR), who were present at the meeting. Coșeru added that institutional strengthening is key to implement legislation on climate change adapation. EaP countries have adopted EIA legislation but are falling short in implementing it. Nuțu pointed to a mismatch in EU official communication and real actions, citing the example of green house gas (GHG) reduction. On the one hand, the EU promotes GHG reduction; yet it gives derogations from EU rules to large GHG emitters like Gazprom, and hence allows them to bypass the EU Gas Directive.

Speaking on behalf of the European Commission, Lawrence Meredith (DG NEAR) presented the inputs from the Structured Consultation on the future of the Eastern Partnership post-2020 in the areas of Platform 3, which the Commission compiled from recommendations of various civil society actors in the region. It is noteworthy to mention that the Commission’s paper mentions twelve Forum recommendations verbatim; namely the ones relating to Environment and Climate Change. 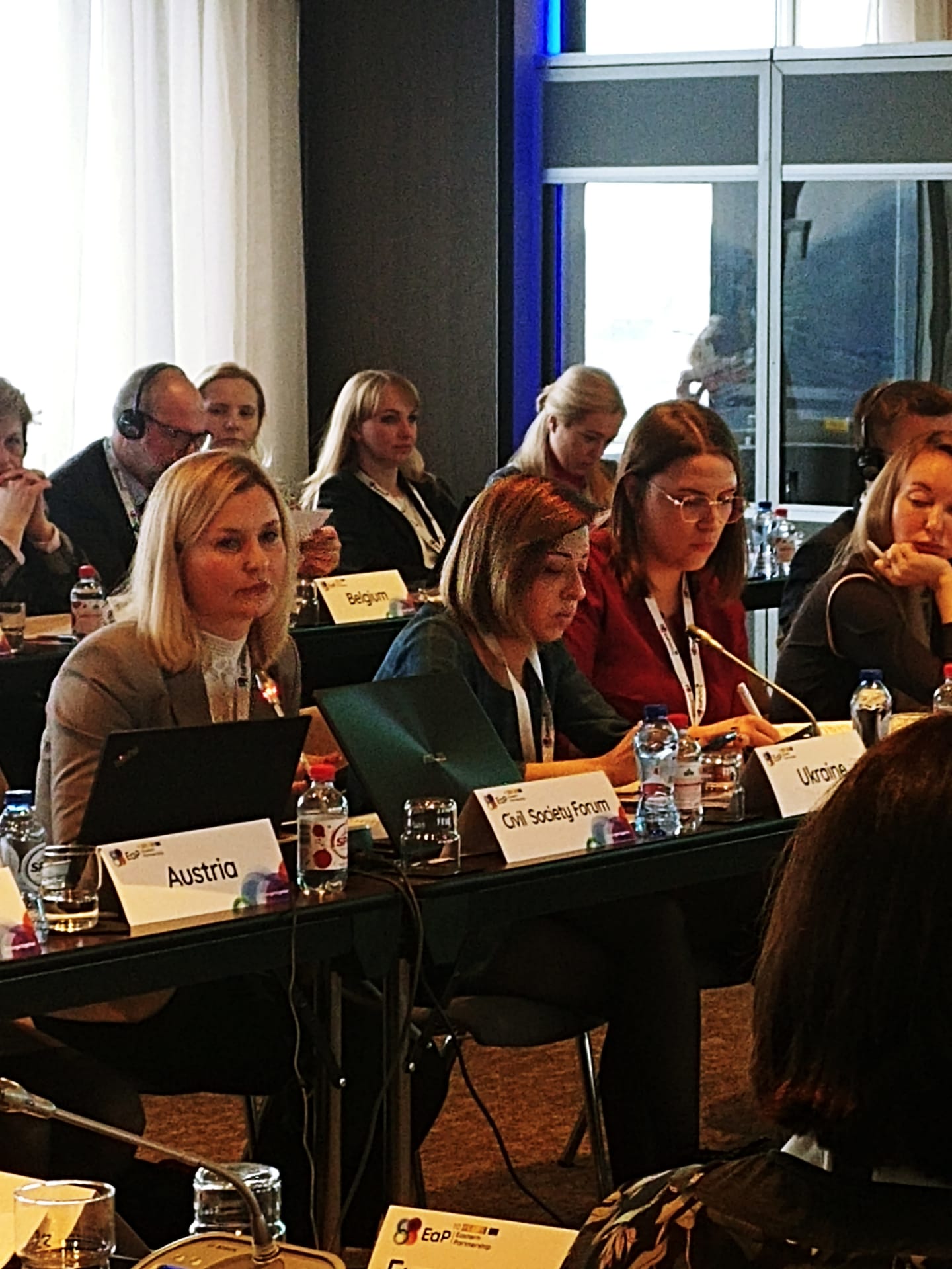