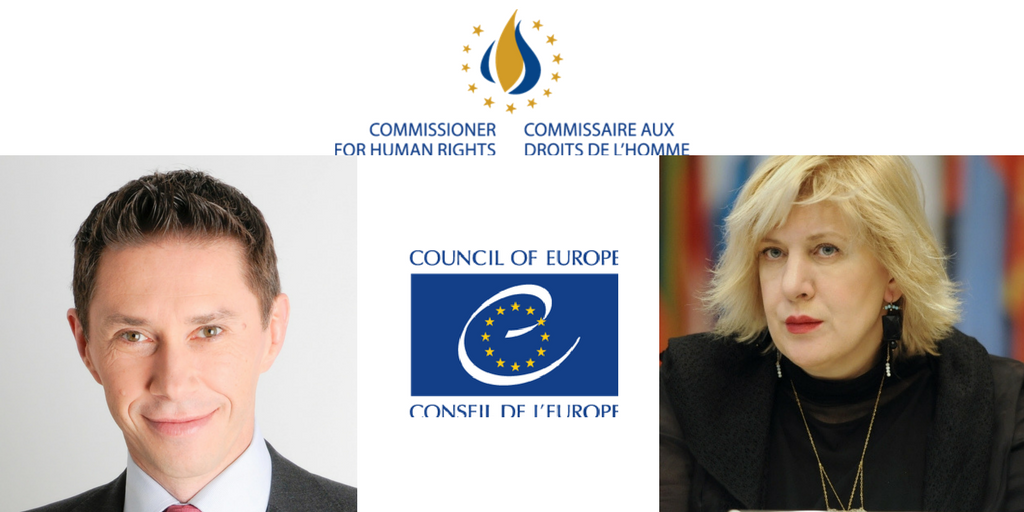 In December 2017 the EaP CSF addressed a questionnaire to the candidates shortlisted for the post of the Council of Europe (CoE) Human Rights Commissioner. It included seven questions allowing to make an informed assessment of the candidates’ priorities and strengths in the field of human rights.

We are happy to publish two sets of replies by Mr Pierre-Yves Le Borgn’ (France) and Ms Dunja Mijatović (Bosnia and Herzegovina). The new Commissioner will be elected by the CoE Parliamentery Assembly in two weeks’ time on 23 January during its winter plenary session in Strasbourg. He or she will replace the incumbent Commissioner Nils Muižnieks as of 1 April 2018.

Pierre-Yves Le Borgn’ is a French lawyer and politician who was a member of the French National Assembly in 2012-2017 and a PACE member during the same years where he specialised in human rights issues and in the implementation of the European Court of Human Rights (ECHR) judgements. Dunja Mijatović from Bosnia and Herzegovina is a human rights defender, who used to  serve as the OSCE Representative on Freedom of the Media from 2010 to 2016. The third shortlisted candidate is Goran Klemencic who currently holds the position of the Minister of Justice in Slovenia.

For the first time the candidates have publicly revealed their views on the post, for which they are applying. On 12 December the candidates each had a thirty minute interview in a closed hearing by the Human Rights Sub-Committee of the PACE Committee on Legal Affairs and Human Rights, which said in its short report that Pierre-Yves Le Borgn’ won a ‘large majority’ of the members. Dunja Mijatović came second and Goran Klemencic third.

This EaP CSF campaign is designed to give civil society an insight into the thinking of the candidates for a position, which is of crucial concern for non-governmental organisations in those Council of Europe member states, where the space for civil society is shrinking. Until now the process of selecting the Commissioner for Human Rights has been reserved for government representatives in the Council of Europe’s Committee of Ministers who decide on the shortlist and then to the PACE members who vote on the final candidate. It is to be hoped that in the future civil society will be involved in the selection process through a public hearing followed by an advisory vote on the candidates’ suitability for the position.