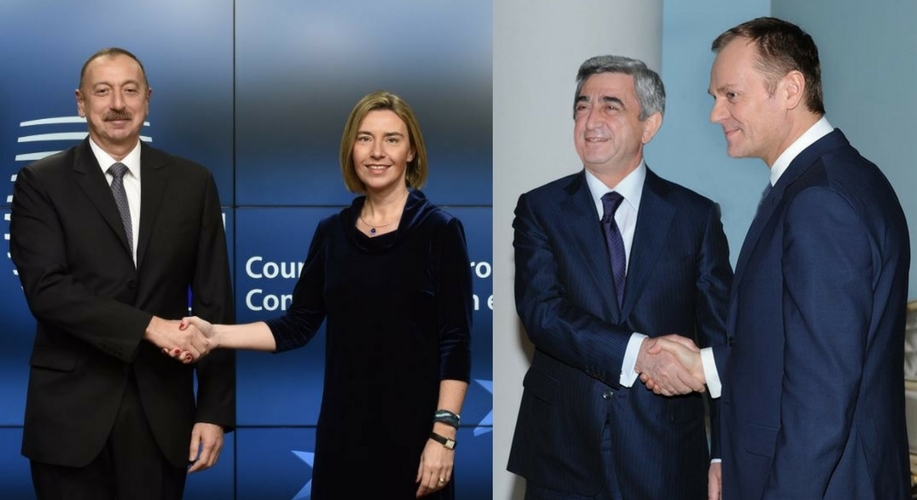 The talks between the European Union and Azerbaijan on a new partnership agreement starting on 7 February in Brussels provide a slim ray of hope that the EU will be able to persuade Baku to dismantle repressive policies against civil society and free political prisoners still held in the country’s prisons.

As the negotiations with Armenia on a new agreement with the EU are already under way, the start of the talks with Azerbaijan means that Brussels will be now  negotiating with these two sworn enemies in parallel. The very fact that both Yerevan and Baku need a deal with the EU opening the way for both countries to the EU financial support gives Brussels the leverage and means to bolster the chances of peace in the region and enable civil society to function normally, especially in Azerbaijan. The challenge facing the negotiators  is considerable and will need adroit linkage of seemingly intractable issues, which their every instinct tells them they should keep  separately.

Azerbaijan has remained adamant that it will not liberalize its NGO regime and last year’s release of a handful of prisoners was not followed  by new releases.

On the other hand, the EU is committed to supporting civil society in the Eastern Partnership countries and elsewhere. Back in 2012, the Communication on the roots of democracy and sustainable development: Europe’s engagement with Civil Society in external relations from the European Commission to the other EU institutions stated firmly that „the international community, the EU included, has a duty to advocate for a space to operate for both civil society organizations and individuals. The EU should lead by example, creating peer pressure through diplomacy and political dialogue with governments and by publicly raising human rights concerns.”

This is a commitment, which the EU negotiating team must not forget. They must be aware that any deal they strike in the talks on the financial and economic parameters of future cooperation will be fundamentally flawed if it is not backed by commitments on the liberalisation of the regimes in Azerbaijan and Armenia. For the agreements will only be seen as legitimate, only, if once they are concluded, the prisons in these countries are clear of political prisoners, and NGOs are able to function normally and work constructively for the well-being of their country.

The partnership talks must also contribute to a major reduction of tension in Nagorno-Karabakh and thus limit the chances of a new outbreak of fighting between Armenia and Azerbaijan. If all this happens, the negotiators from both Caucasus countries and the European Union will earn a place in the troubled history of the region as those who have brought peace and prosperity to societies, which have long deserved it.