This year’s meeting of Working Group 3 – Environment, Climate Change and Energy Security – was held online between May 17 and May 19, 2021. In total, six online sessions were organised, including three policy debates on transport, energy and environment within the European Green Deal and one meeting with EU stakeholders. The online policy debates and the meeting with EU experts were open to all WG3 members and delegates.

One of the priorities of this year’s Working Group 3 meeting was to offer space for relevant policy updates from the EaP countries. All countries highlighted a mix of progress and stalling in various areas, with progress often being recorded in terms of adoption of legislation which is not often matched by effective implementation. In all of the countries, WG3 appears to be quite active on a number of issues and there is a shared wish for further cooperation with their respective groups across the EaP region.

During the debates on Environment and Energy within the European Green Deal (EGD), participants shared a general scepticism about EGD prospects within the EaP countries. EGD can act as a stimulus mainly at the level of advancing strategic policy, but weak environmental governance persists. Moreover, there is a significant discrepancy between Association Agreement countries where the principles and targets of EGD are deemed to be important, and the other three EaP countries.

Anna Rapullo Grau, the Political Officer for the EaP with EEAS, mentioned that EU will further support the capacity of civil society to work in encouraging their governments to bring about reforms, particularly in the field of climate change. Andrzej Januszewski, Policy Officer at DG ENVIRONMENT, stated that EGD is not just the EU’s green deal but is a collaborative effort of the entire continent including EU neighbours, wider partners and civil society. Angela Bularga, Cooperation Officer at DG NEAR, highlighted that EU4Environment programme is successfully being implemented in the EaP region and work has begun on mainstreaming circular economy, regulatory changes and measurement of the green economy. 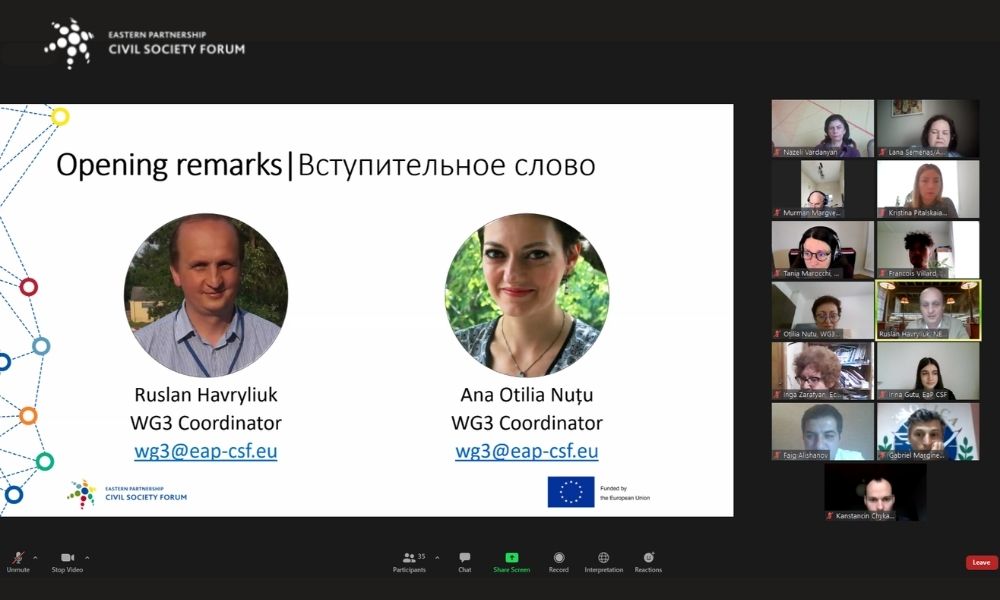