Working Groups 2 and 5 meet in Brussels


The joint meeting of Working Groups 2: Economic Integration and Convergence with EU Policies, and 5: Social & Labour Policies and Social Dialogue, gave way to the discussion on 2020 Roadmap and the new direction the policy should take after year 2020.

There is still a great need for comprehensive, structural reforms – and in many cases, their implementation does not go far enough or is carried out at a slow pace. What is more, the lack of appropriate legislation is often a barrier to addressing existing problems, particularly on questions relating to digital economy or labour rights.

The problem of stalled reforms affects even countries, whose governments have been explicitly elected on a reform ticket, such as Armenia or Ukraine. The situation is progressively getting worse in countries where civil society, which includes independent trade unions, is barred from the policy-making process, like Azerbaijan or Belarus. Yet, there are some positive signs: from Azerbaijan to Ukraine, we see a concentrated effort to support small and medium-sized enterprises (SMEs) – with respective governments launching tailored development strategies and roadmaps. Acting within their field of expertise, many members have been proactively pushing for the adoption of relevant sector-specific measures: in agriculture, labour mobility, transport or closing the gender gap – often with considerable success, thanks to participation in EaP Platforms and Panels or support from EaP CSF Re-granting Scheme to Working Groups.

The invited stakeholders from the European Commission – Maxime Bablon and Katja Modric Skrabalo (DG GROW), Raffaella Boudron (DG NEAR) and Rikke Mengel Jorgensen (DG TRADE) were keen to praise EaP CSF’s input and contribution to relevant meetings. They also highlighted the need for specialised, technical expertise, which is required for most of the Panels. While the harmonisation of legislation is more or less on track, there are a number of issues, such as consumer rights, gender pay gap or unemployment, where the EaP region as a whole is still lagging behind. Asked about the future, the stakeholders voiced their support for the accession of Azerbaijan and Belarus to World Trade Organization (WTO) and measures, supporting diversification and access to finance for SMEs.

The delegates also took part in elections, which brought new WG coordinators: Olga Chyzhova (EU) and Maksym Koriavets (EaP) in WG2, and, Dzmitry Babicki (EU) and Tatiana Marian (EaP) in WG5. All four will assume their position for a year, starting immediately – with Chyzova, Koriavets and Marian taking a place in the Steering Committee. The two-day event – held between 4 and 5 June 2019 in Brussels  – served as an important update, on issues affecting the Forum, such as the adopted Internal Reform, Code of Ethical Conduct or nascent Arbitration Committee. On the margins of the meeting, the delegates attended the last EaP CSF Brussels Public Event, marking 10 years of EaP policy – concentrating on Trade, Digital Economy and Harmonization of Digital Markets, kindly hosted by the Permanent Representation of Finland to the EU. 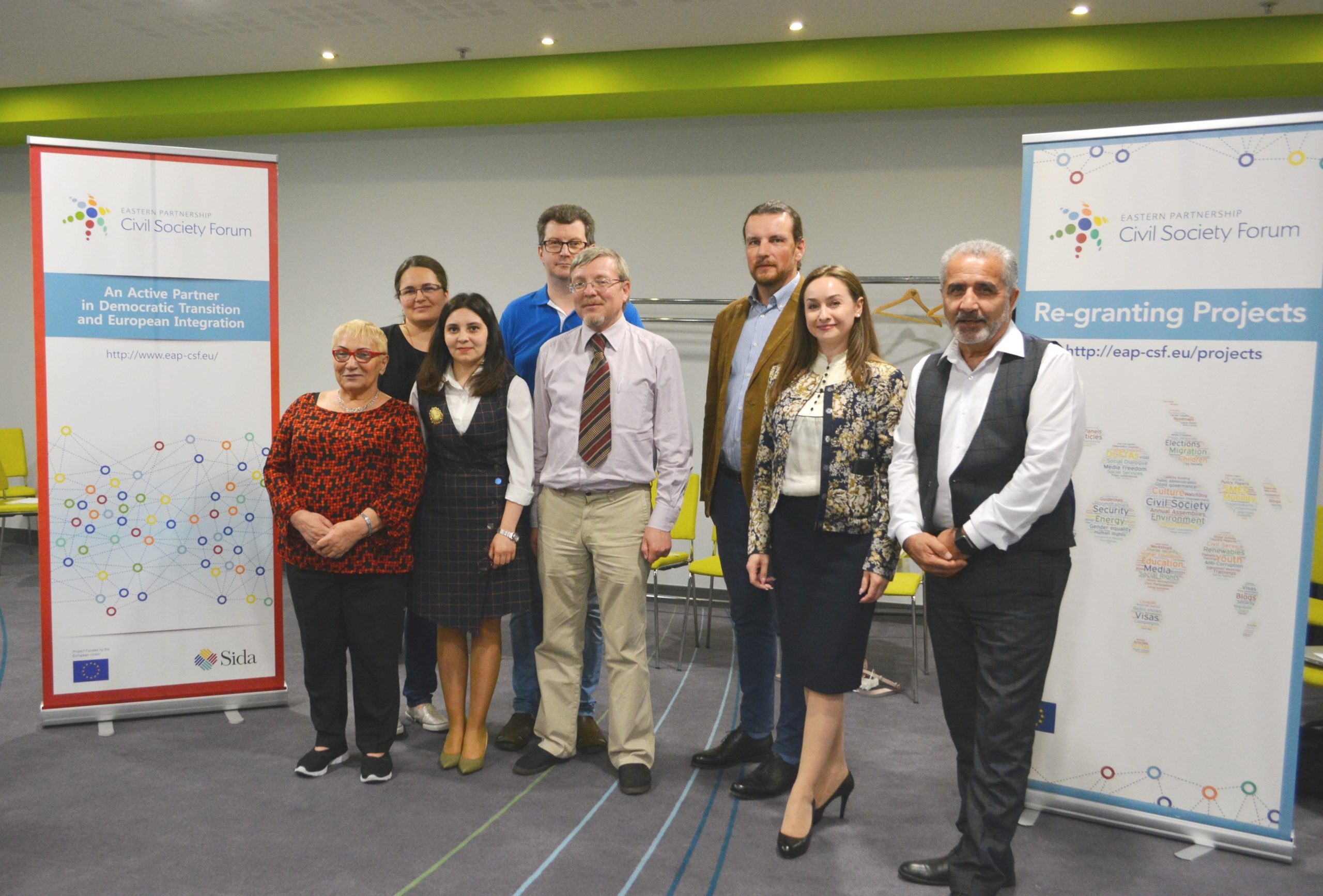