NDICI Draft Regulation and Future of Neighbourhood Funding: There are “Political and Technical Concerns in the Area of Governance and Flexibility”, Warns EaP CSF, in a Position Paper Presented to EP AFET/DEVE Rapporteurs 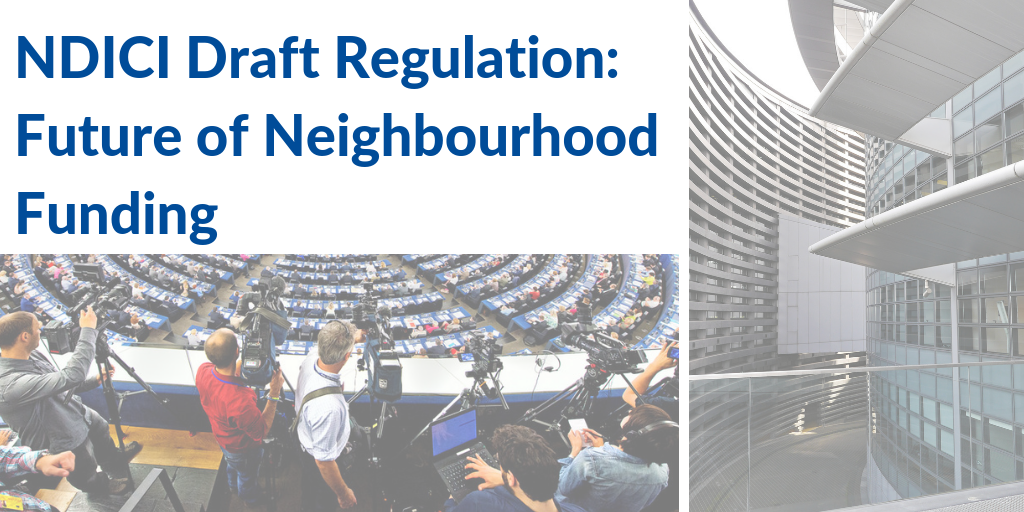 The European Commission’s proposal to combine current 12 external action instruments under one roof sends a negative signal to partners in the entire neighbourhood, warns Eastern Partnership Civil Society Forum (EaP CSF) in a position paper, addressing NDICI – Neighbourhood, Development and International Cooperation Instrument and the future of EU funding under the next MFF – Multiannual Financial Framework 2021-2027.

Instead, EaP CSF advocates for an “enhanced” ENI – European Neighbourhood Instrument, operating outside NDICI. “The existing governance structure of ENI is best equipped to pursue the stated goals of the geographic programmes – EU’s economic and policy interests in all partner countries”, bringing years of experience and implementation practice, accumulated under DG NEAR. What is more, it recognises work done by partners in neighbourhood countries and projects a stronger political message to international actors.

Referring to an earlier paper, drafted in March 2018, EaP CSF maintains its stance on NDICI – pinpointing to a number of “political and technical concerns in the area of governance and flexibility of the instrument”. On September 25, the updated position was formally presented to European Parliament AFET – Committee on Foreign Affairs, and DEVE – Committee on Development rapporteurs: Christian Dan Preda (EPP) and Pier Antonio Panzeri (SD), as well as Frank Engel (EPP) and Charles Goerens (ALDE).

At present, EaP CSF’s concerns are:

The last point also brings about the question of East vs South neighbourhood allocations formula, which is not codified in any ENI regulations.

“Single instrument does not automatically bring about smart flexibility, proper governance, programming and complementarity of the existing instruments”, we read in the position paper. In presenting the counter-argument, EaP CSF is clear: we have to sustain our relationship with partners in the neighbourhood, which would not be possible under NDICI.

EaP CSF has been working on this issue in coalition with CONCORD – European Confederation of Relief and Development NGOs (see their position, entitled “CONCORD’s concerns and red lines on the European Commission proposal for a single External Instrument“) and HRDN – Human Rights and Democracy Network (their joint statement: “Joint position of the European networks on Multiannual Financial Framework 2021-2027“). You are welcome to download their individual feedback forms, submitted to the European Commission earlier this year.