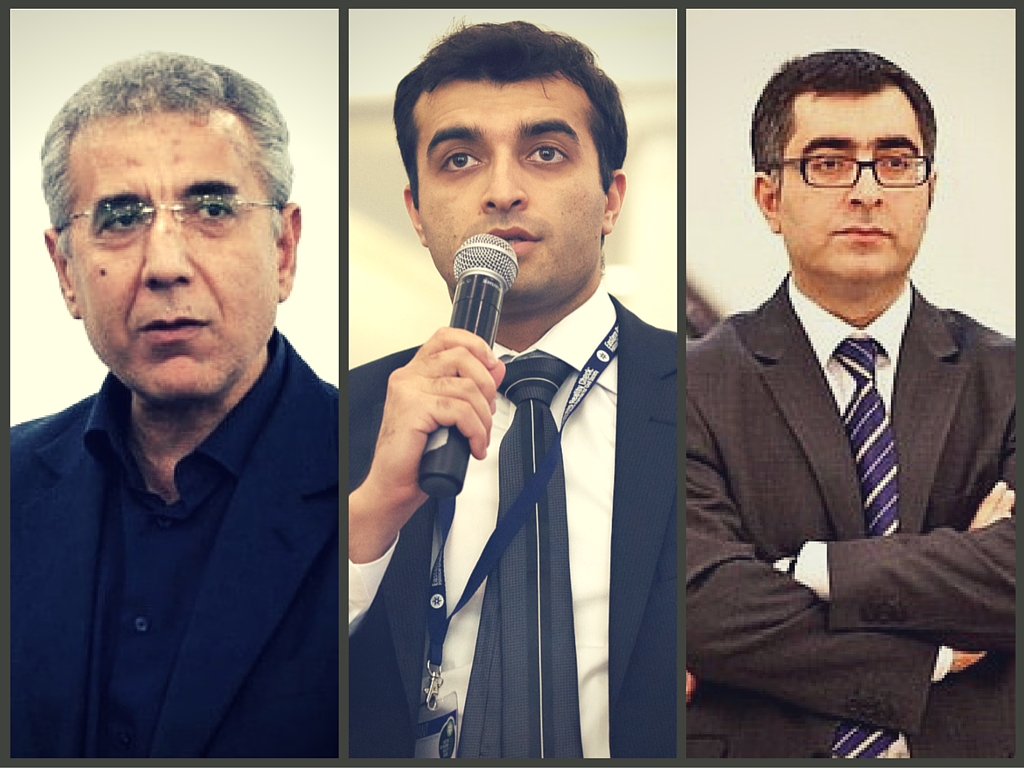 The recently freed human rights activists and civil society representatives Intigam Aliyev, Rasul Jafarov and Anar Mammadli released a joint statement sharing their concern over the state of democracy and human rights in Azerbaijan and called for political reforms.

It is noted that despite the welcome release of the 17 political prisoners, numerous journalists, bloggers, political activists and members of religious communities remain incarcerated based on politically-motivated charges. The activists ask the government to satisfy the pleas of local and international organizations for the release of the remaining political prisoners and to initiate structural reforms tackling the underlying cause of politically-driven imprisonments.

Limitations to human rights such as freedom of association, freedom of assembly as well as freedom of expression pose a significant threat to democracy in Azerbaijan. Furthermore, the statement highlights that obstruction of freedom of press, activities of civil society organizations and political parties are in violation of Azerbaijan’s international obligations.

The authors conveyed their regret over Azerbaijan’s refusal of Association Agreement, lack of access by public to the new agreement of strategic partnership with the EU and the fact that independent groups and NGOs are forced out of participation in the Eastern Partnership Civil Society Forum.

The disquiet on the part of the authors was also expressed in connection to susceptibility of the judiciary to the pressures from the executive branch, weakening of the legal profession, and harsher penal system. The statement calls on the government of Azerbaijan to comply with the ECHR judgments and to enact legislation for amnesty.

Acknowledging the need to resolve the aforementioned issues, the authors are willing to cooperate with all the relevant stakeholders while emphasizing importance of reducing tensions between citizens and the government.

In order to improve the current state of affairs, all political prisoners must be released, legislation impeding freedoms of association, assembly and expression must be amended, reforms to foster independence of judiciary must be undertaken and Azerbaijan should not forsake the path of European integration.