With rule of law being a central pillar in the EaP deliverables, its important role for the future has been further emphasised during the recent panel meeting on Rule of Law. EaP CSF representatives Lilia Carasciuc (Transparency International Moldova), Mariam Maisuradze (Institute for Development of Freedom of Information, Georgia), and Dmytro Shulga (IRF, Ukraine), highlighted that the already existing rule of law framework needs to be enforced and some mechanisms, like the protection of whistleblowers, further strengthened.

As one of the core values of the European Union, the rule of law’s importance in the Eastern Partnership was reconfirmed in the Joint Communication from March 2020. In light of the COVID-19 pandemic, the rule of law is all the more decisive now, considering the fundamental rights implications of the governments’ measures in response to the health crisis.

EU stakeholders insisted that significant improvements are needed in the area of rule of law in the Eastern Partnership countries. It will take time for this change to happen. Thus, when shaping the post-2020 deliverables, it is important to focus on the long-term resilience of rule of law. To improve resilience, civil society should be strengthened in its role of rule of law watchdog.

In order to ensure adherence to and implementation of the rule of law, it is necessary to monitor it and install a merit-based system as an incentive. Only a holistic approach to the rule of law will bring true change. In other words, the judiciary, law enforcement system and prosecution should be reformed at the same time. Also, the economy will benefit from a rule of law reform, with a working judiciary and investment in justice leading to an economic recovery.

EaP CSF representative Lilia Carasciuc, (Transparency International Moldova), argued that the accountability of public officials should be increased, and the burden of proof on assets should be reversed. Following, Mariam Maisuradze, (Institute for Development of Freedom of Information, Georgia), called for more specific commitments and targets in the area of rule of law. She underlined that policy documents on integrity at national and local level need to be developed.

Last but not least, Dmytro Shulga, (IRF, Ukraine), insisted on the necessity to improve the measurement of the progress in judicial reform. He suggested that the EU’s Justice Scoreboard methodology should be used to review independence, quality and efficiency of national justice systems, in comparison with EU member states. 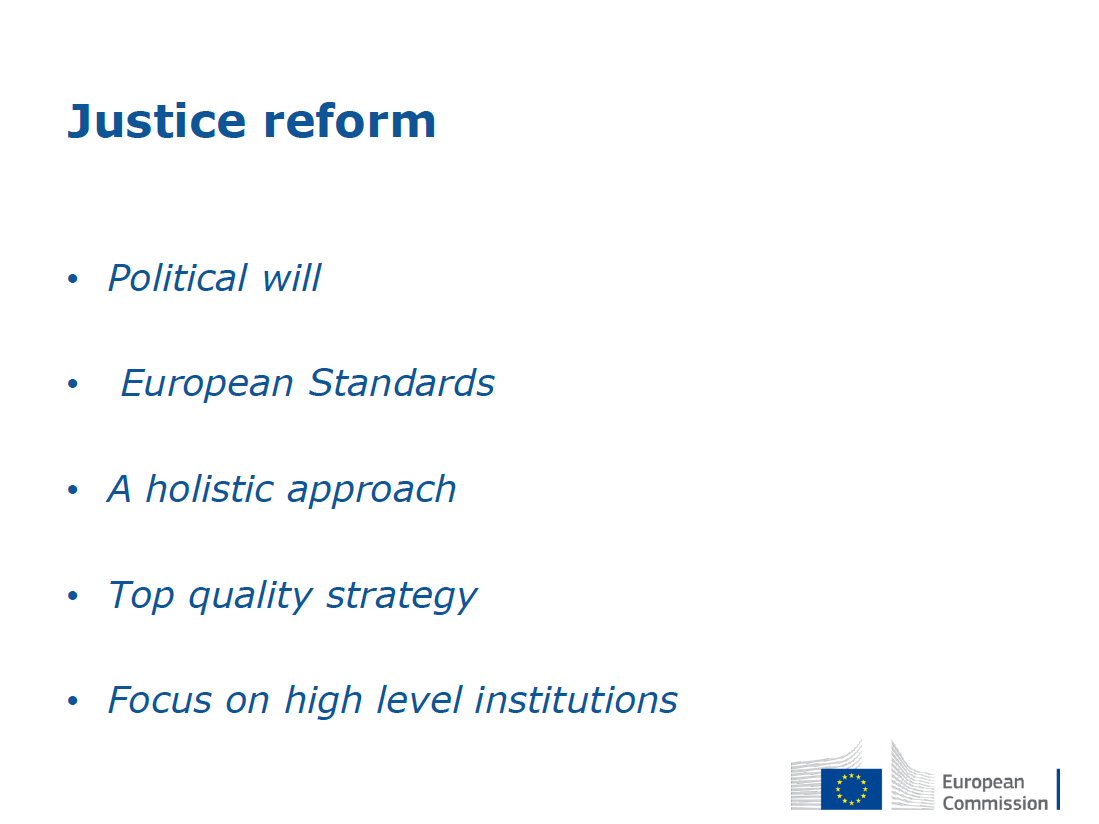 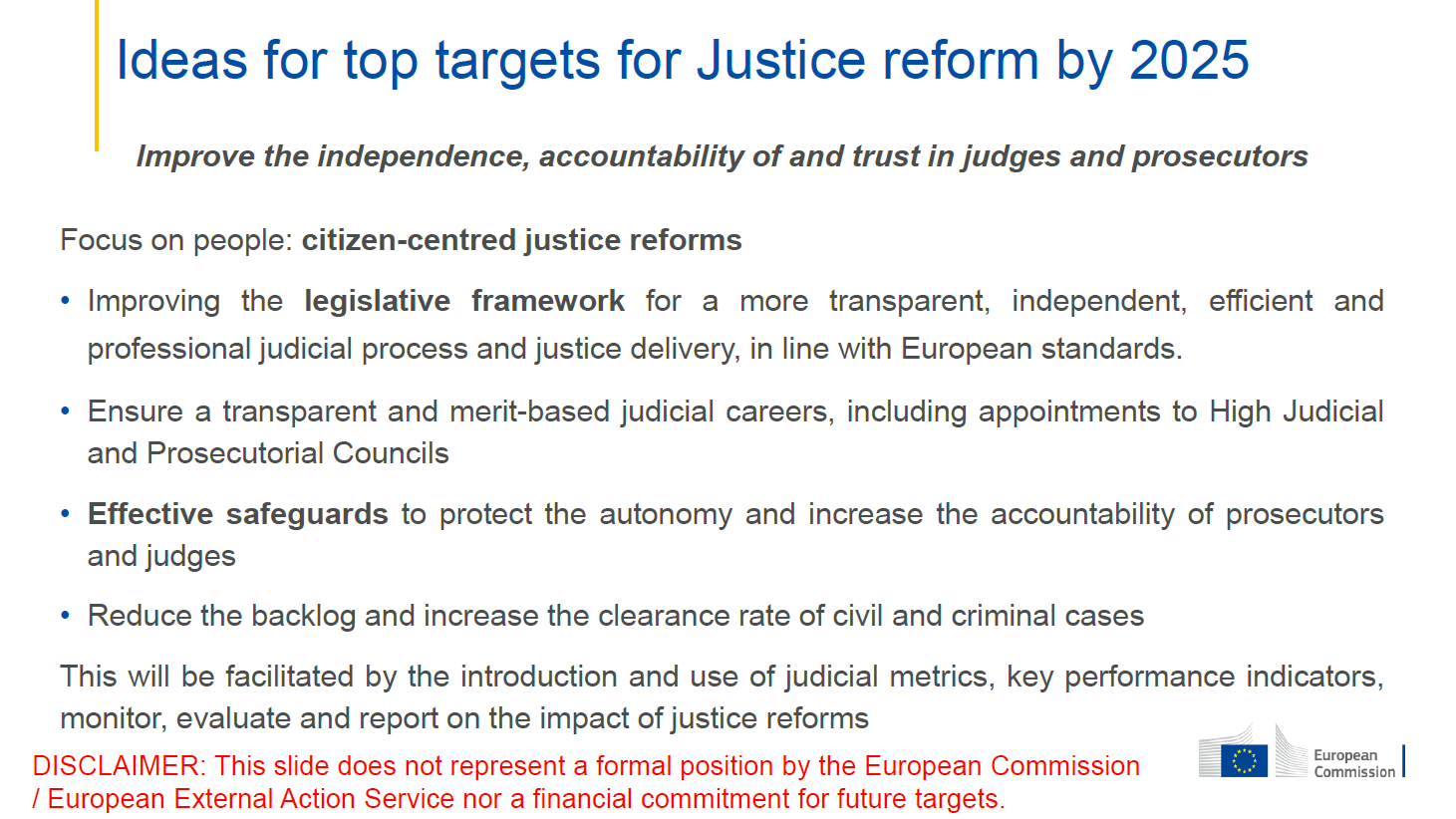