Speaking on behalf of EaP CSF, Nikoloz Legashvili (Article 42 of the Constitution, Georgia) drew attention to ongoing human rights abuses in the occupied regions and their threat to overall security of the EaP countries at the Panel, organised under Platform 1, “Strengthening Institutions and Good Governance”.

The future Eastern Partnership roadmap should “address civilian rights in occupied territories”, in the context of Georgia and Ukraine – and promote closer regional cooperation, particularly when it comes to hybrid threats. Those are some of the messages, delivered to EU stakeholders at the last EaP Panel on Security, Common Security and Defence Policy (CSDP) and Civil Protection.

The Panel focused on updates on the re-organisation of the CSDP and Crisis Response service of European External Action Service (EEAS), as well as on Permanent Structured Cooperation (PESCO). Some EaP countries, namely Ukraine and Georgia, would like to be more involved in PESCO implementation – particularly in some of the 34 projects that were launched, pending the upcoming decision of the EU member states on the issue (due in June 2019, during Foreign Affairs Council (FAC) dedicated to defence). A briefing on the recent EU HEX-ML 18, a major civil-military crisis management exercise, was also offered to the Panel’s participants – exploring the possibility to involve several EaP partners in the future exercise scenarios.

The participation of Moldova, Georgia and Ukraine in EU missions was underlined – with Georgia being currently the third biggest contributor to EU training military mission to Central African Republic (EU TM RCA). The possible future participation in EU civilian missions, and further use of the EaP Trust Fund (established by several EU member states to support EaP countries participation in the EU missions), was also discussed. Some EaP countries expressed their interest in deepening their cooperation with the European Defence Agency (EDA). The participants became acquainted with the European Centre of Excellence for Countering Hybrid Threats in Helsinki, and existing initiatives in the field of cyber-security. Countering hybrid threats is one of the priorities of the upcoming Finnish EU Council Presidency.

The Panel, organised under Platform 1, “Strengthening Institutions and Good Governance”, took place in Brussels on 17 May 2019. It brought together stakeholders from European External Action Services (EEAS), as well as expert bodies, working throughout Europe – such as the European Security and Defence College, or the already-mentioned European Centre of Excellence for Countering Hybrid Threats. 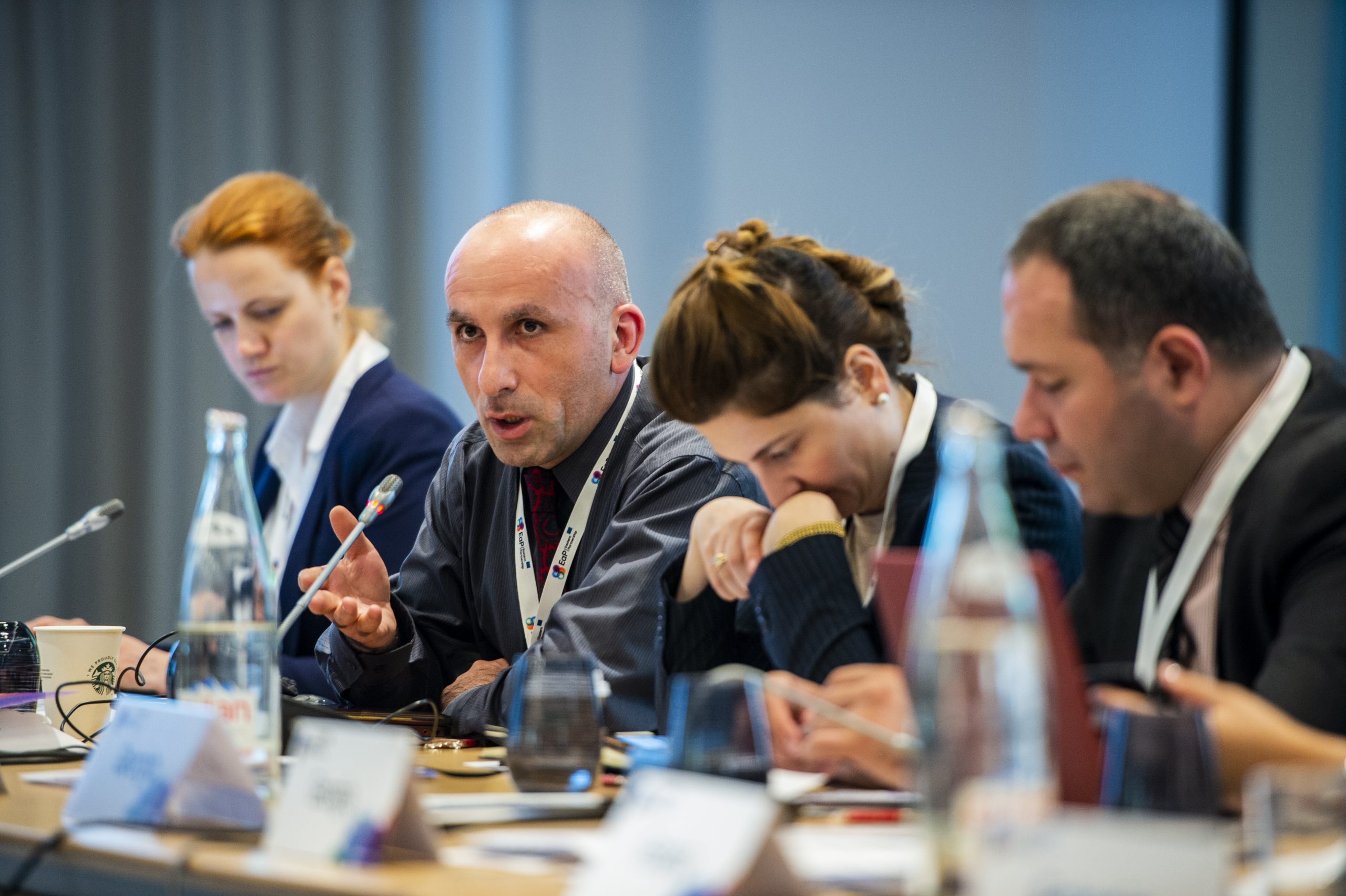