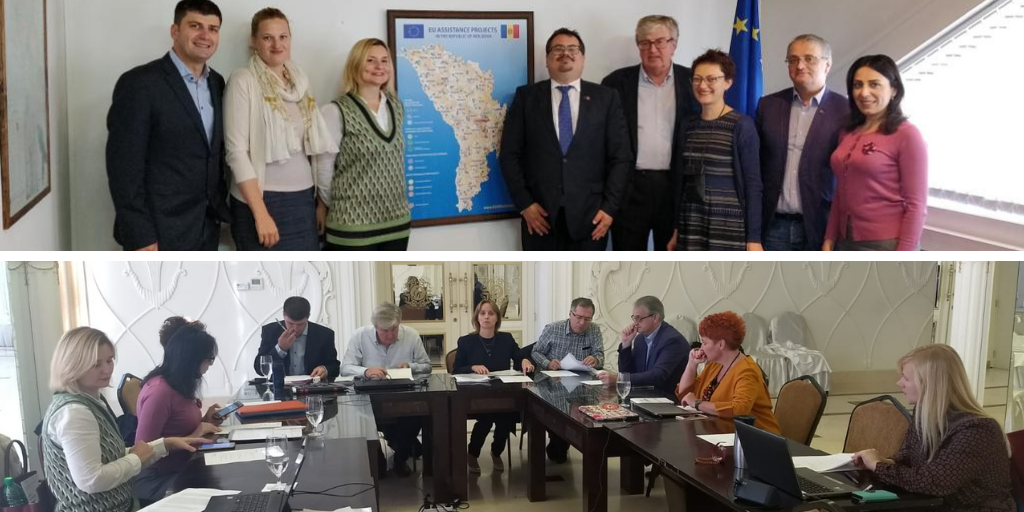 On 3-4 October, Eastern Partnership Civil Society Forum (EaP CSF) Steering Committee reconvened in Chisinau, Moldova to discuss recent developments in each of the six EaP countries, the nomination procedure for EaP Platforms and Panels and proposed Code of Conduct – among other issues. The Steering Committee made it their priority to address the current situation in Moldova – (separately) meeting with the EU Delegation, Iurie Leanca (Deputy Prime Minister of Moldova for European Integration) and the opposition leader, Maia Sandu (Chair of Action and Solidarity Party).

EaP CSF Moldovan National Platform has repeatedly sent clear warning signals – particularly, on the “eroding” rule of law, shrinking space for civil society and signs of state capture, which only intensified after the annulment of Chisinau mayoral elections in June this year. The “situation is unprecedented” heard the Steering Committee, who made a pledge to closely monitor future events in Moldova. At the advocacy meeting at the EU Delegation, the Steering Committee presented the same message to HE Peter Michalko, EU Ambassador to the Republic of Moldova and Mathieu Bousquet, Head of Unit, Georgia, Moldova and Trans-border Cooperation at DG NEAR.

During the two days, the Steering Committee discussed a number of internal issues: ranging from the advocacy work on NDICI – Neighbourhood, Development and International Cooperation Instrument, launch of the Eastern Partnership Index, draft 2018 Annual Assembly agenda, Internal Reform – in connection the proposed Code of Conduct and nomination procedure for EaP Platforms and Panels. What is more, the Steering Committee addressed Re-granting to Working Groups and adopted the Annual Accounts.