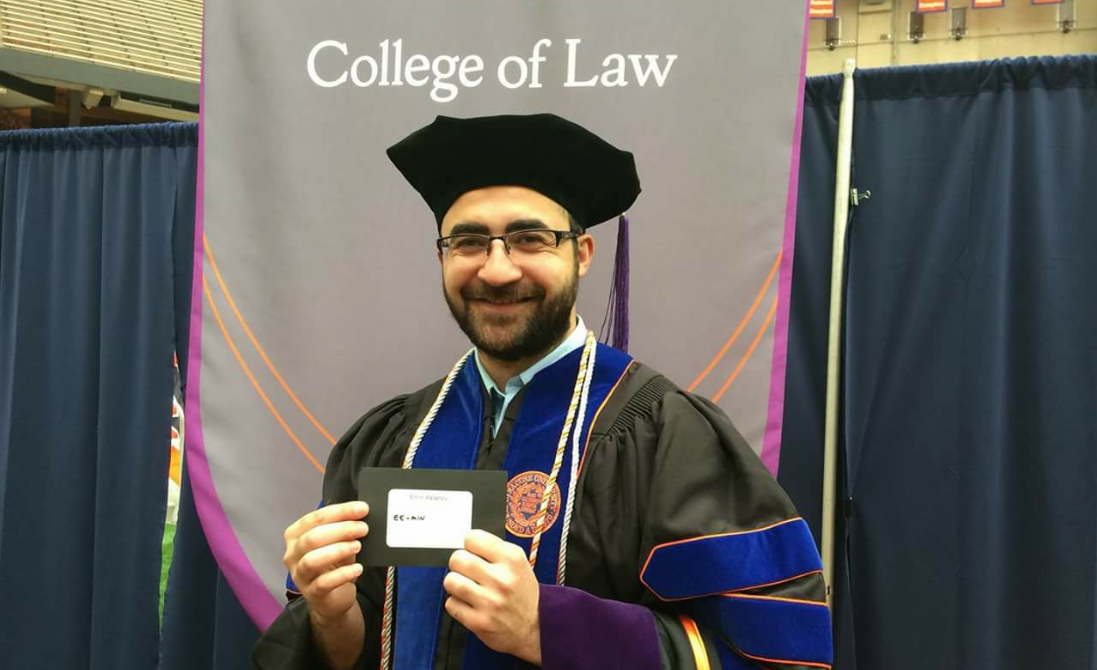 The Co-chairs of the Steering Committee (SC) of the Eastern Partnership Civil Society Forum (EaP CSF), Krzysztof Bobinski and Alexandra Kalatozishvili, and SC member Laura Dittel addressed a letter to the Syarcuse University in New York on the situation of their alumnus Emin Aslan, a recent law graduate who returned to his native Azerbaijan only to be arrested in Baku in the afternoon on 4 June when he was hustled into a car by plain-clothes government security operatives and sentenced the next day by a local court to 30 days detention for allegedly failing to obey police instructions.

Mr Aslan is a well-regarded human rights lawyer who has helped his fellow citizens to prepare submissions to the European Court of Human Rights in Strasbourg and worked with the Media Rights Institute, a pro media freedom non-governmental organisation that was forced by the authorities to close in 2014. We have reason to believe that Mr Aslan is innocent of any offence and that his detention and subsequent prison sentence are designed as a warning by the authorities in Azerbaijan to Mr Aslan to desist from his pro human rights activities. Indeed we fear that his future is bleak in a country where basic freedoms are curtailed, independent non-governmental organisations are not permitted to operate freely and corruption at the highest levels is rife.

Mr Aslan’s only defence against continued harassment is for well-wishers such as former teachers and fellow students at Syracuse abroad to speak out and urge the authorities to lift his detention order and furthermore respect his civil rights and those of more than 100 political prisoners in his country, indeed to show the authorities that the fate of a graduate of your University remains a matter of concern for your community also after he completes his studies.

The letter urges Syracuse University to write to Mr Ramil Usubov, the interior minister of Azerbaijan, to express concern over Mr Aslan’s fate as well as to the Embassy of Azerbaijan in the United States. They also respectfully suggest them to contact the US State Department in Washington as well as the Embassy of the United States in Baku to ask them to intervene with the authorities on Mr Aslan’s behalf and to maintain contact with Mr Aslan so that his situation can be monitored.