EaP CSF Presents a Set of Recommendations to the Stakeholders at 4th Rule of Law Panel in Brussels, Drawing Special Attention to Prosecution in EaP Countries 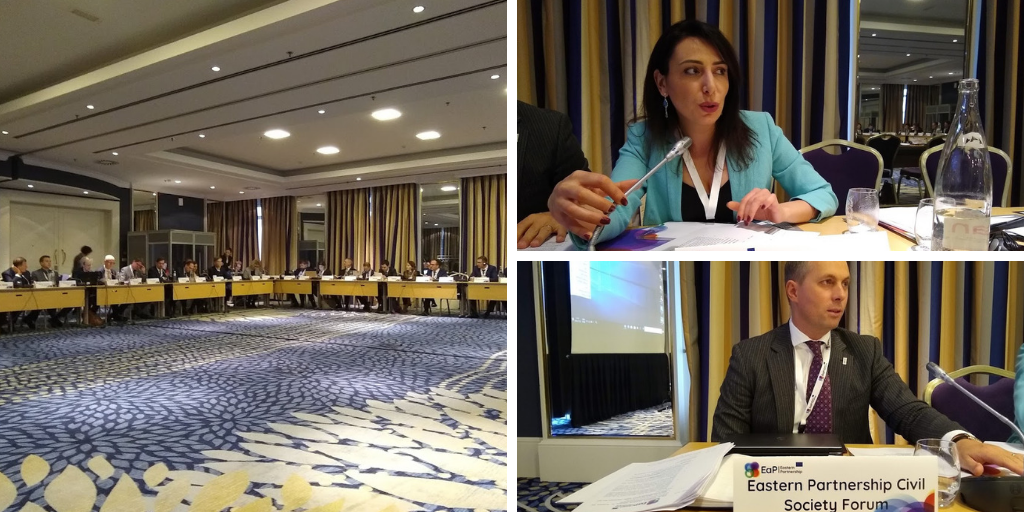 The discussion took place under Chatham House rules, but many of its points were addressed by EaP CSF position paper, which was drafted for and disseminated at the Panel. In this written input, civil society presented the stakeholders with a list of recommendations – on ensuring an independent and accountable judiciary, participation of domestic stakeholders in the reform process or tackling corruption within the justice system. Albeit for different reasons, the public prosecution service remains a major concern in most EaP countries – the paper goes through some of the challenges faced by Armenia, Azerbaijan, Belarus, Georgia, Moldova and Ukraine on a case by case basis.

The Panel also drew on the recent Council of Europe (CoE) initiative on “Independence, Accountability and Ethics of Prosecutors”, launched by Consultative Council of European Prosecutors (CCPE). The final opinion clearly defines the key concepts and the limits of prosecutor’s powers within the public realm.