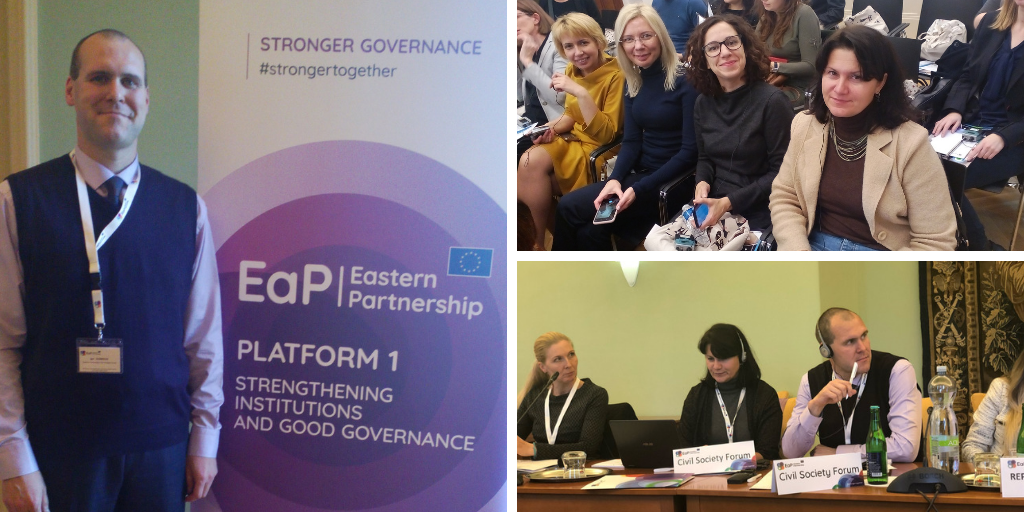 On 7-8 November, Eastern Partnership Civil Society Forum (EaP CSF) took part in 15th Eastern Partnership Panel on Governance and Public Administration Reform (PAR) – organised under the auspices of the Czech Ministry of Foreign Affairs in Prague. Part of Platform 1 – “Strengthening Institutions and Good Governance”, the Panel gave way to discussions# on three key thematic points: accountability, accessibility and gender mainstreaming in public administration. Speaking on behalf of EaP CSF, Igor Zagrekov (Polotsk Center of Local Initiatives, Belarus) and Tatyana Ivanina (Bureau of Gender Strategy and Budgeting, Ukraine) raised many points on the state-of-play in their respective countries. What is more, Ivanina took the floor to present an EaP CSF position paper on gender-responsive budgeting, drafted especially for the occasion, together with Yuliia Savelieva (Women Consortium of Ukraine).

Gender responsive budgeting (GRB) is an effective tool, which should be part of “any public administration reform”. Moreover, it is uniquely positioned to promote “good governance and effective community management”, claims the paper – drawing a balance between “equality, transparency, efficiency” on one hand, and “greater involvement and participation” on the other. The paper briefly maps out the situation in different EaP countries, pointing to stakeholders that shown interest in GRB. The example of Ukraine, which has implemented GRB into the budget since 2014 – a move initiated by the Ministry of Finance, shows that it is possible to “integrate gender dimension” into its programmes at different levels. Aside from central government and its agencies, it is particularly encouraging to see “administrations of 24 regions, Kyiv city administration, city councils as well as particular communities” actively involved in gender mainstreaming and introducing an result-oriented approach to GRB, concludes the paper.

The consequent sessions took stock of 2020 Deliverables and policy objectives, leading up to the next two years. There is a need to create a “balanced system of autonomy and control”, heard the Panel’s participants. Today, many EaP countries have “a high number of agencies under the executive power”, which are operating in a way that is neither rational nor cost-effective – let alone transparent or internally accountable. “Public administration is not only the national level”, said Zagrekov, pointing out that local and regional authorities have a key role to play in this process. In this respect, we need to strengthen “the level of cooperation, between local authorities and civil society”, and encourage “public involvement in decision-making”. Drawing on the experience in his region, Zagrekov described seven steps to improving public engagement, outlined in his report “Involving the public in the decision-making process at the local level”.

The administrative procedures, and any contracts between the citizen and public administration, need to be “oriented” towards the citizen – not vice-versa. “As a rule, administrative procedures should be regulated through a general law, applicable horizontally to the whole of public administration”, which in turn, “defines desirable administrative behaviour”, learnt the participants. This makes it easier to identify any shortcomings and gives the citizen the right to “redress unlawful administrative decisions”. Adopting a government-wide policy on quality and accessibility of public services makes it easier to engage with the citizen, is the key point here. This approach can be successfully coupled with online service provision, and the use of “enabling tools and technologies” to reach out to the citizen. We already see successful “development of digital service delivery and one-stop shops” across the EU, and this is a model that can be emulated in other countries, too. 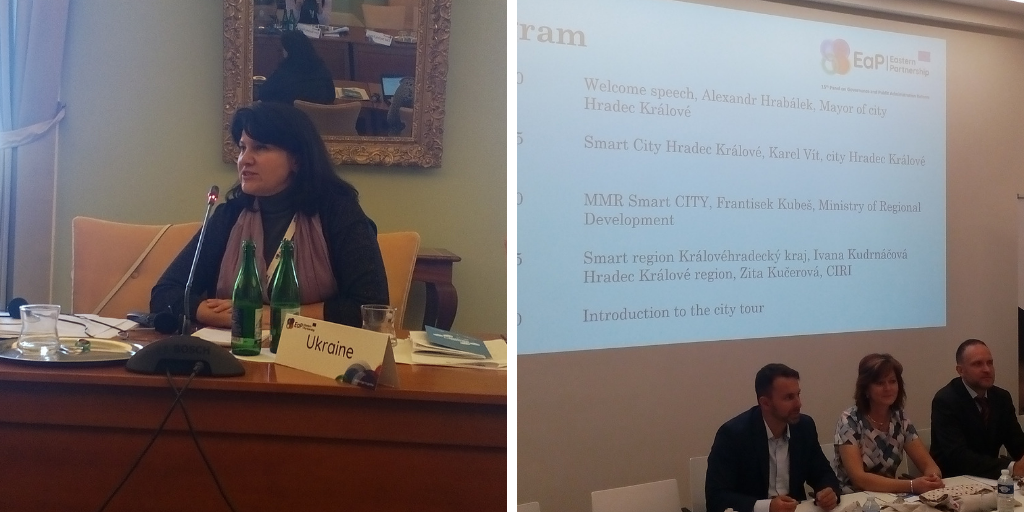 The second day ended with a study visit to Hradec Kralove, one of the first SMART cities in the Czech Republic. The participants had a chance to meet the Mayor of Hradec Kralove, as well as representatives from the Ministry of Regional Development and other city officials, particularly Hradec Kralove Department of Strategic Development – who lead a panel discussion, entitled “SMART Concept of the City”. The programme also included a visit to the city’s electric bus charging facility, showcasing the synergies coming from SMART approaches to local governance.