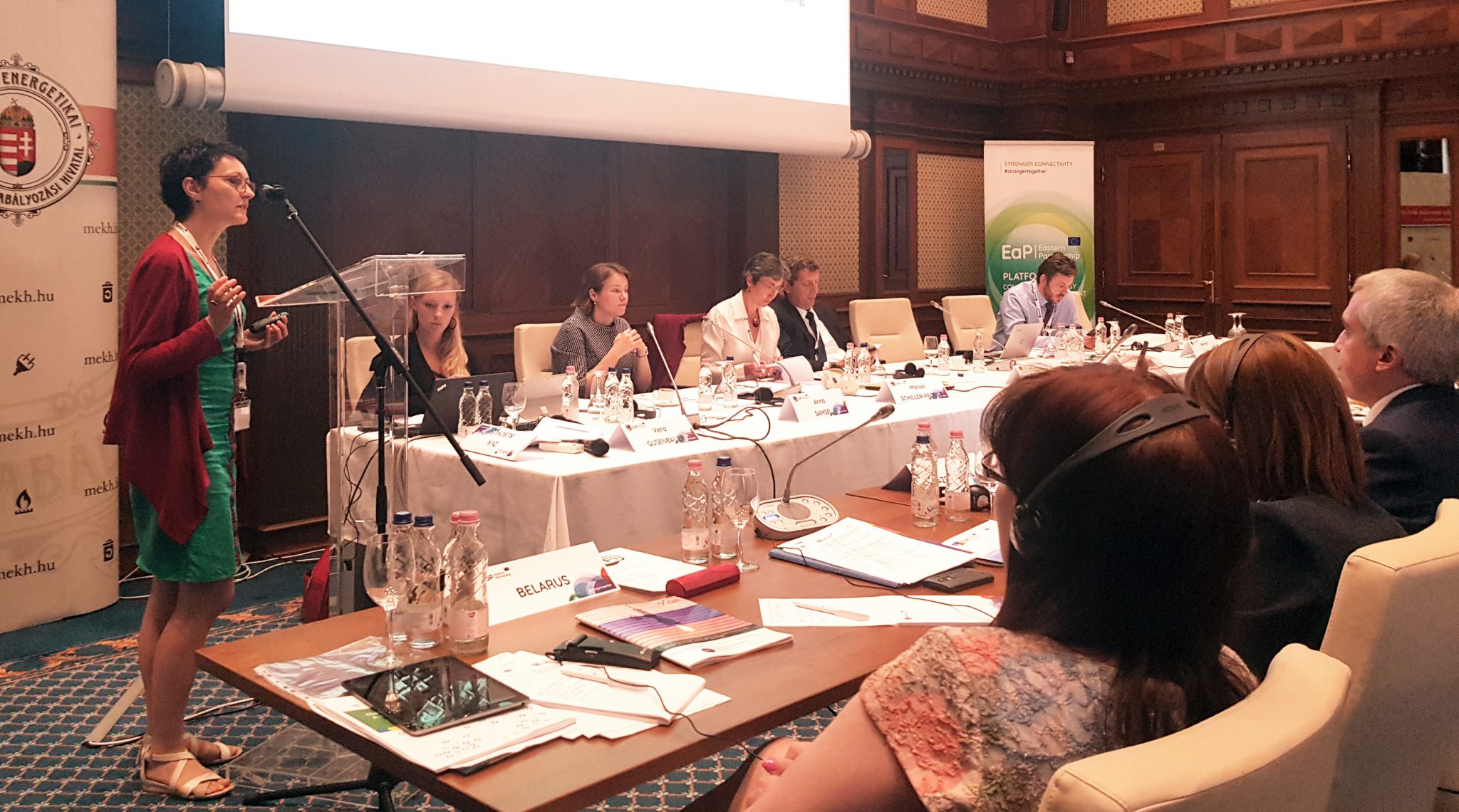 The main topics discussed during the first day included energy security; solidarity in energy matters, which must be a key consideration in discussing the future gas transit through Ukraine post 2020; the importance of harmonised regulations; and the need to intensify cooperation between the EU, the Energy Community contracting parties and the EaP countries on security of supply and market integration. The targets for 2030 in the new directive proposals were also discussed.

During the discussion, Ms Nutu asked whether Ukraine’s plan to join ENTSO-E (European Network of Transmission System Operators for Electricity) is still on track and what has been done in the past year, as Ukraine announced a year ago that they could join ENTSO-E fully in 6 years. This affects the choice for Moldova’s interconnection on electricity with Romania – if Ukraine joins ENTSO-E, Moldova should also join and opt for a cheaper interconnecter. The Ukrainian regulator replied that in the past year they have worked on the action plan and that their current assessment is that joining ENTSO-E would cost only 500 million of UAH (17 million of EUR), which was perceived as unrealistic by the EaP CSF representative.

Representatives from some of the EaP countries energy regulatory bodies could also share their experiences and expectations:

Link to the Presentations of the Workshop