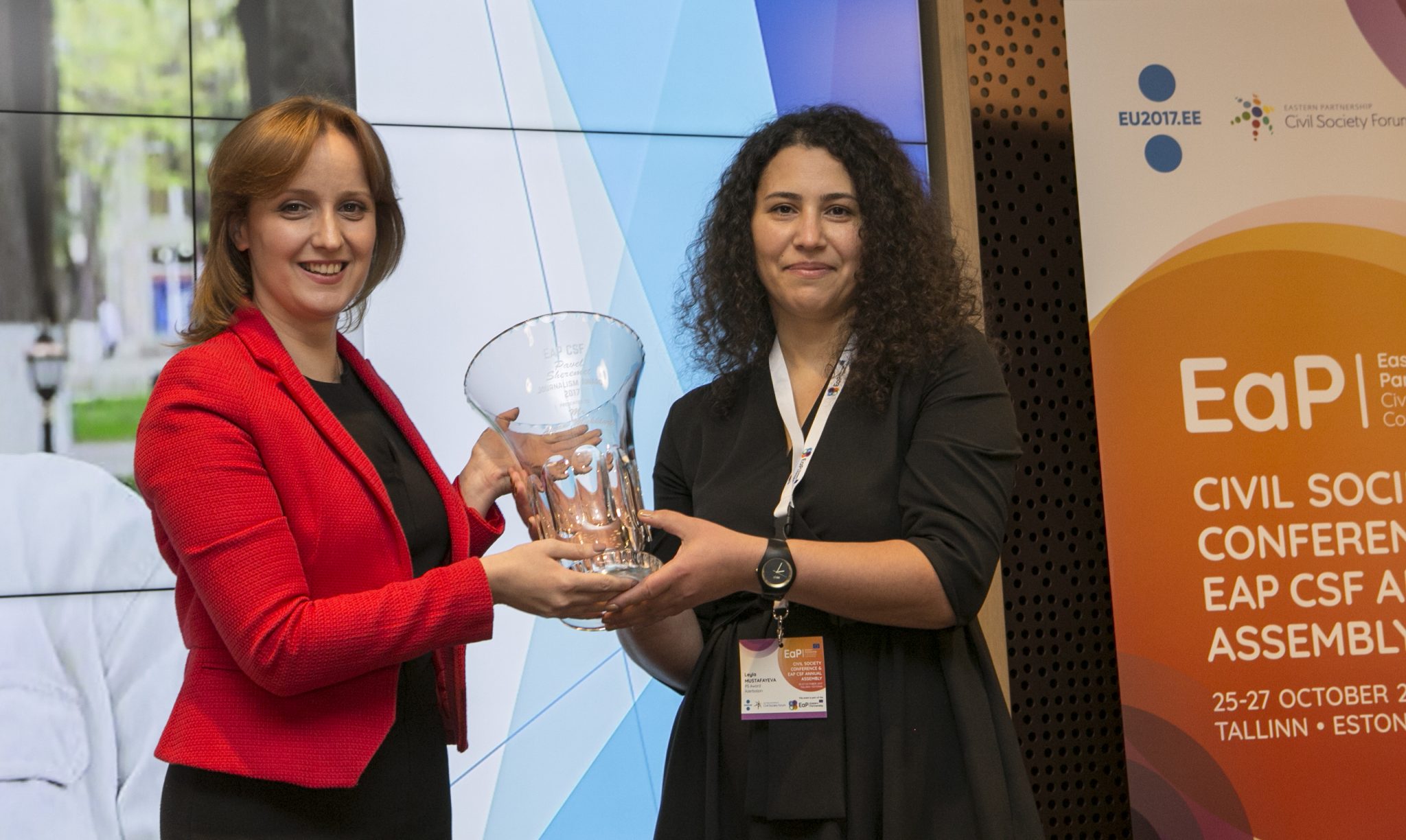 The EaP CSF Steering Committee calls on the authorities in Azerbaijan to drop all charges against Afgan Mukhtarli, an Azerbaijani journalist abducted from Georgia in May 2017 and taken by force across the border to Azerbaijan where he stands accused of resisting authority, smuggling and illegally crossing the state frontier.

The trial currently under way against Mr Mukhtarli undermines the credibility of the Azerbaijani authorities as they negotiate a new comprehensive agreement with the European Union. This agreement aims to put relations between Azerbaijan and the European Union on a new footing and can only succeed if Azerbaijan establishes its rule of law credentials by freeing political prisoners and journalists including Mr Mukhtarli, Aziz Orujov, the director of internet television Kanal 13 who was recently sentenced to six years in prison as well as other over 150 political prisoners and prisoners of conscience detained in the country. The evidently false nature of the charges against Mr Mukhtarli, an investigative reporter working for the Organised Crime and Corruption Reporting Project (OCCRP), are an insult to the intelligence of officials involved in the negotiations of the new agreement and observers of the process.

The fact that he was forcefully abducted suggests that Mr Mukhtarli is right when he says that the proceedings against him are the result of his reporting of corruption in high Azerbaijani circles. The weakness of the government case is underlined by recent Azerbaijani media attacks on his wife Leyla Mustafayeva. It was she who recently received the Sheremet Journalism Award granted by the Eastern Partnership Civil Society Forum to her husband. The absurd media charges that Mr Mukhtarli’s family belongs to an anti-Azerbaijani Armenian network are a cynical attempt to confuse the Azerbaijani people of whom 57 per cent have stated that corruption is present in their country in a recent survey conducted under the auspices of the European Commission.

The European institutions have to ensure that the agreement with Azerbaijan currently under negotiation should bring about a radical change in the behaviour of the Azerbaijani authorities. If this does not happen the negotiations should be put on hold and future financial support for Azerbaijan should be withheld. The way Mr Mukhtarli, Mr Orujov and other detainees are treated is a test of the government’s real intentions in its relations with the European Union.