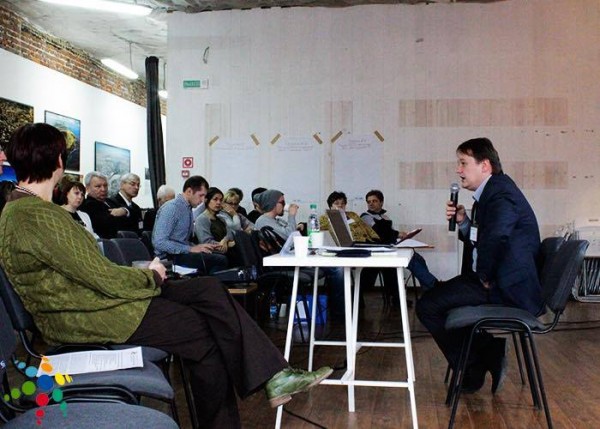 Representatives of about 70 non-governmental organizations gathered in Minsk on 23 April at a special conference to analyze the current situation as well as external and internal challenges that the Belarusian National Platform (BNP) faces.

The main objectives of the conference were to determine the subject areas in the BNP’s work, adopt the Strategic Plan for 2016-2018, and adopt the BNP Regulations as a guide in the work of the National Platform. The additional purpose of the conference was to discuss the “Road Map of Cooperation between the EU Delegation in Minsk and Belarusian NGOs.”

The BNP conference was attended by the BNP partners and stakeholders: the head of the EU Delegation in Minsk Andrea Victorine, UN Resident Coordinator/UNDP Resident Representative in Belarus Sanaka Samarasinha, as well as representatives of other international institutions.

Ulad Vialichka, the co-chair of the Eastern Partnership Civil Society Forum Steering Committee, the National Coordinator of the EaP CSF Belarusian National Platform commented: “Our task is to secure a place for civil society in the Belarusian-European dialogue and take care of keeping issues like democracy and human rights that are not a priority for governmental bodies on the agenda. National Platform wants to define a specific set of issues and priorities for the dialogue with other actors: the Belarusian government, the European Union, European NGOs, and after that try to progress with these issues, suggesting reasonable forms of cooperation: projects, campaigns, the negotiating process.’’

Andrei Yahorau, the head of the Center for European Transformation,also spoke about the outcomes of the event. Yahorau explained that the central focus of apart from the expansion of civil society participation in the EU-Belarus dialogue, cooperation with the EU in terms of democratisation and Europeanisation of Belarus, broadening the dialogue with the Belarusian authoritiesthe central focus of the strategy revolves around expanding the capacity, coordination, and consolidation of the civil society.Although improvements in the EU-Belarus relations have been beneficial with respect to the dialogue between Belarusian authorities and civil society, they are limited to isolated examples as no systematic change has occurred so far, observed Yahorau.

The BNP meeting followed the first meeting of EU-Belarus Coordination Group held on 6-7 April. For the first time in many years four CSOs representatives, including the National Coordinator Ulad Vialichka, were invited.To some extent the Coordination Group developed from the so-called “intermediate phase” of EU-Belarus dialogue. After the release of political prisoners, abolition of sanctions and a certain thaw in relations, the European Union and Belarus are looking for further cooperation formats. According to Vialichka, the BNP participation in the EU-Belarus Coordination Group was one of the few opportunities to sit at the same table with the representatives of the Foreign Ministry and other ministries in the framework of trilateral consultations.