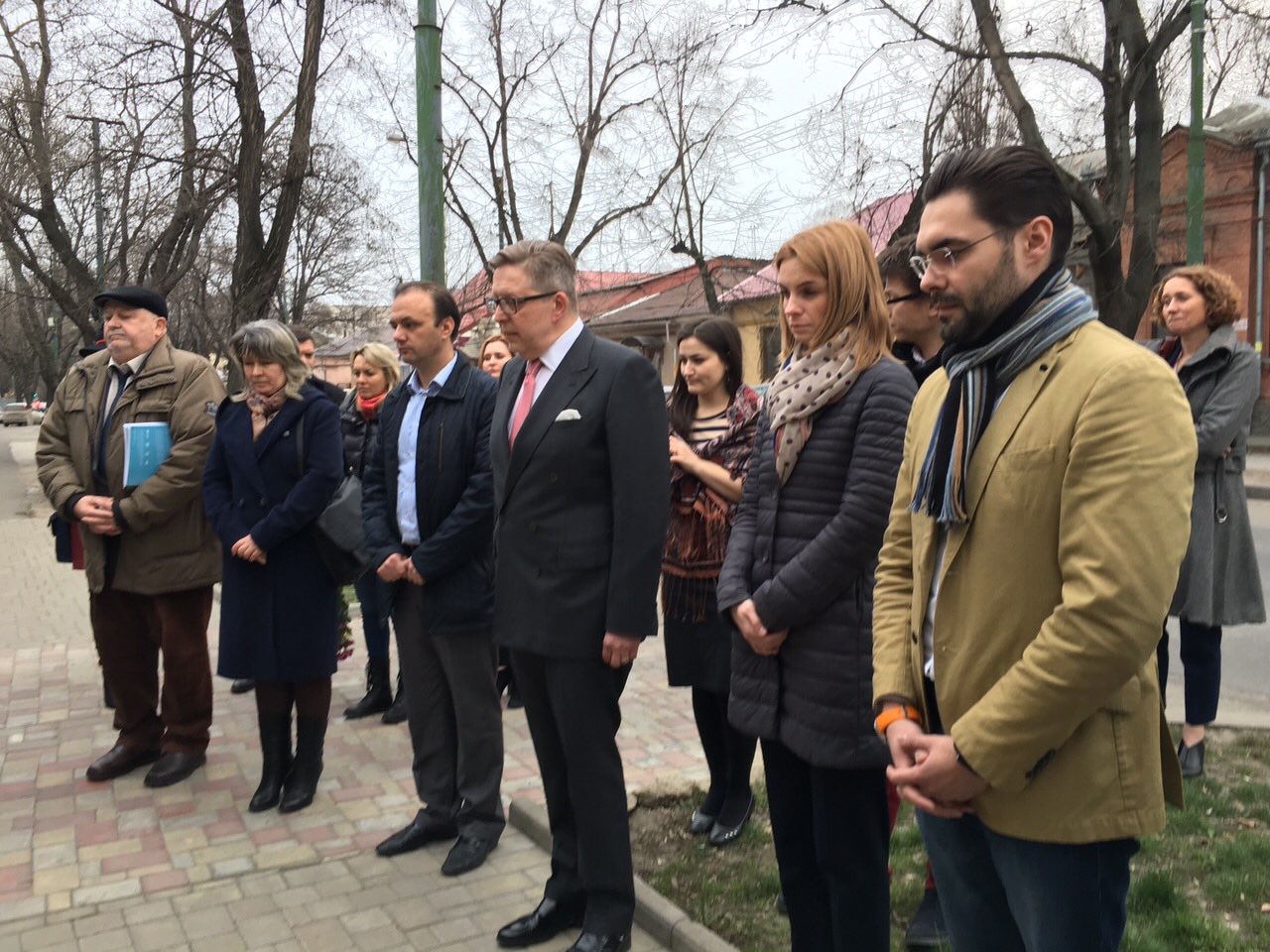 In the light of the unspeakable tragedy that struck Brussels on 22 March 2016, the Eastern Partnership Civil Society Forum expresses its deepest sympathies to the families and friends of the victims affected by the terrorist attacks. Brussels is a symbol of European ideals, freedom and cultural diversity. No radical or criminal group driven by blind hatred can divide or instil fear in nations that have strong values and vibrant democracy. We firmly believe that our societies will stay stronger together through these troubling times with even more determination to build security, stability, and the rule of law in all regions of the world.

The EaP CSF National Platforms were united in conveying their condolences, reaffirmed their solidarity with everyone affected by barbaric acts of terrorism, and condemned any kind of extremism.

Following the initiative of the Moldovan National Platform, the CSOs representatives laid flowers and had a minute of silence in front of the EU Delegation to Moldova (since Belgium’s Embassy to Moldova is located in Bucharest) to commemorate victims of the terrorist attacks.

Civil society representatives expressed their condolences and support to Belgian people alongside with the EU Ambassador to Moldova, Mr. Pirkka Tapiola. Mr. Tapiola expressed his gratitude to participants and called for solidarity and compassion. Ion Manole, Steering Committee Member and Country Facilitator for Moldova, in his turn mentioned that in such moments society has to stay united.

Meanwhile, the Georgian National Platform also noted that attacks have taken place in times when Europe tries to accommodate thousands of refugees from different parts of the world fleeing from the extremism and inhuman treatment, hardship and fear.

Finally, the Belarusian National Platform called upon the European Union and partner countries to take adequate security measures in the fight against international terrorism. However, these measures should not lead to the violations of human rights, incitement of ethnic conflict, growth of xenophobia, radicalism, discrimination and harassment of refugees or ethnic minorities in Europe. Otherwise, the terrorists’ goals will be achieved.