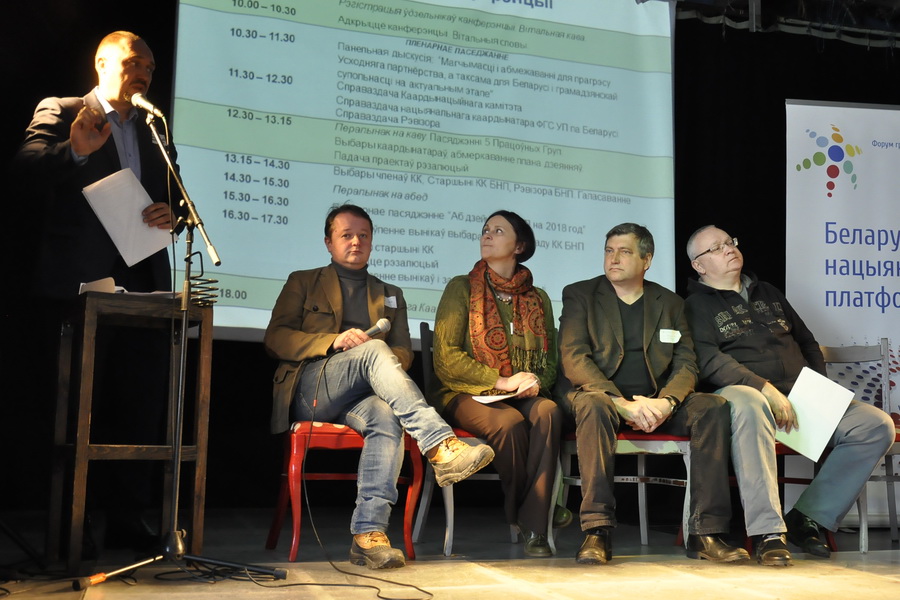 On 24 February 2018, the Belarusian National Platform of the Eastern Partnership Civil Society Forum held the conference “Civil Society of Belarus as a Stakeholder of Belarusian-European Relations: Towards Deliverables 2020” in Minsk. Representatives of almost 60 public organizations working on the problems of people with disabilities, pensioners, youth, entrepreneurs and other target groups, as well as human rights defenders, researchers and public activists took part in the event.

The conference was opened by the head of the EU Delegation to Belarus, Andrea Wiktorin, the director of the EaP CSF Secretariat in Brussels, Natalia Yerashevich, as well as the recently returned human rights activist and head of the Legal Transformation Center (Lawtrend), Elena Tonkacheva.

As well, participants discussed the “opportunities and limitations for the progress of the Eastern Partnership, as well as for Belarus and civil society at the current stage”. In his speech, Andrei Yahorau, the head of the Center for European Transformation, noted that, in recent years, there have been several notable changes in Belarus-EU relations. Firstly, the creation of the EU-Belarus Coordination Group, which assumes coordination of the whole structure of bilateral cooperation with the participation of experts from the Belarusian government, their partners in the EU, as well as representatives of the Belarusian civil society. Secondly, the resumption of the Human Rights Dialogue, which provides an opportunity for direct discussion with the state officials and the EU, to which representatives of the Belarusian civil society are also connected.

“This is a significant achievement, because before we observed complete alienation between the state and civil society. At the same time, it is not yet possible to talk about the real results of the dialogue, since it does not go into concrete actions and projects that would lead to practical changes.” 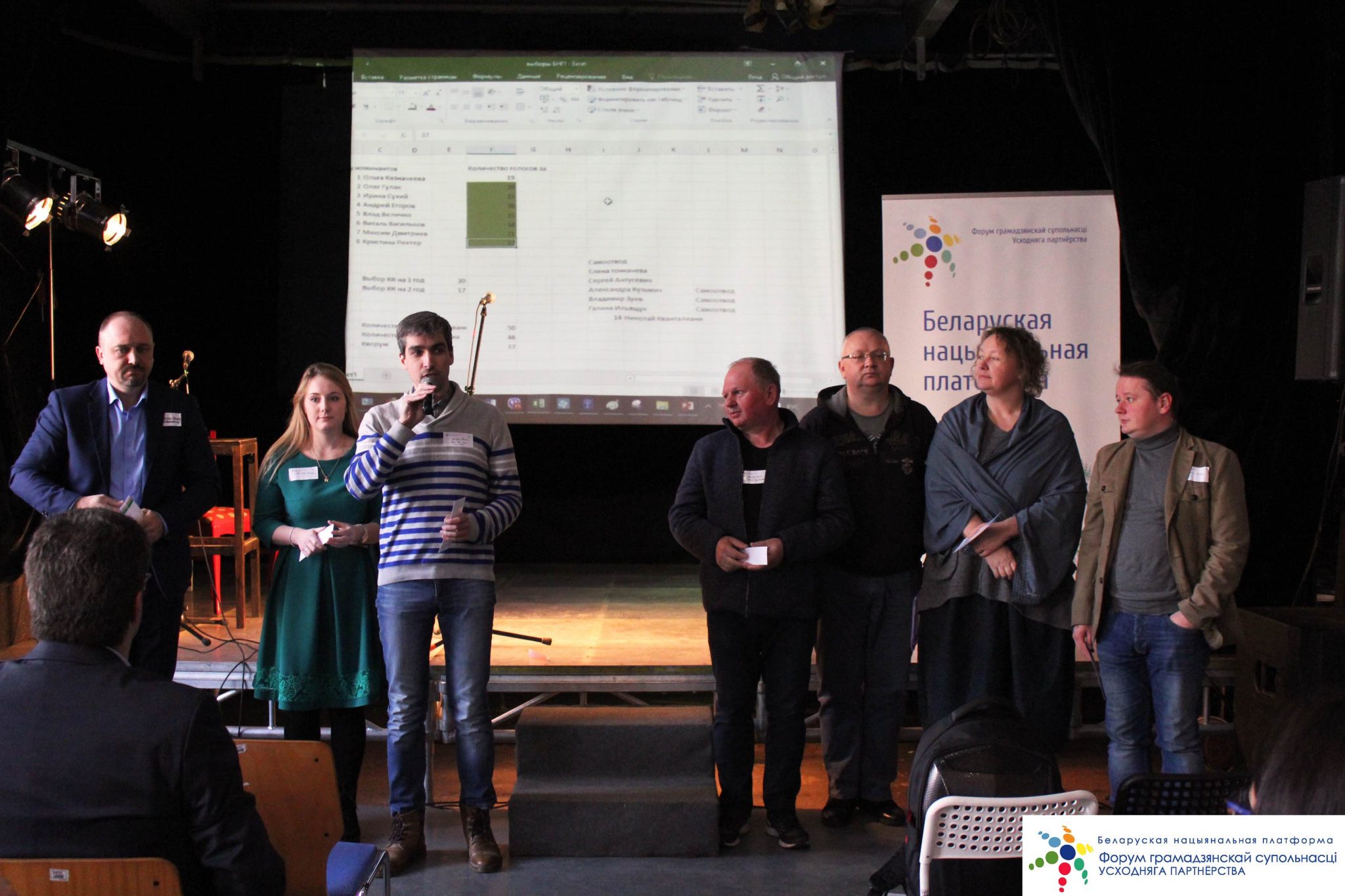 The Chairman of the Belarusian Helsinki Committee, Aleh Gulak, noted that the dialogue on human rights “has been going on for several years, but everything is ambiguous”. On the one hand, it opens up some opportunities: many things have come to pass that did not count – for example, the direct presence of representatives of several human rights organizations in the part of dialogue meetings as a kind of recognition of a certain subjectivity of civil society. On the other hand, it turns out that you can take these steps without significant changing the situation with human rights.

“The Belarusian authorities began to understand that it is necessary to speak in a more or less common language and avoid brutal repression, which can lead to deterioration of relations with the West […] We see that there is a lot of pragmatism in this process: it can provide for abstention from violent actions, but it is not enough to change the situation with human rights in general.”

Chairman of the Belarusian Helsinki Committee

The report of the BNP Coordinating Committee was presented by former chair (2015-2017) Svetlana Koroleva, who also presented the working plans and tasks of the platform for 2018. During the conference, a new Coordination Committee was elected, which for the next year will be chaired by Ulad Vialichka, Director General of the International Consortium “EuroBelarus”.

“Clear strategies of action and program proposals are needed. A strong and competent public coalition must work for each of the priorities of the Belarusian-European relations, insisting on a certain direction of reforms in Belarus. Only then participation in the dialogue processes will get a chance to become representative and effective.”

In the final part, the conference participants adopted the resolution “Civil Society of Belarus as a Stakeholder of Belarusian-European Relations: Towards Deliverables 2020”, which contains a detailed analysis of the positive and negative steps of the Belarusian government in relations with the EU, as well as a number of concrete proposals for giving this cooperation of greater content, dynamics and openness for interested stakeholders in the Belarusian society. Among these proposals, it is worth mentioning separately the stimulation of the implementation of the requirements of the Roadmap for Reforms in Higher Education in Belarus, the implementation of a number of commitments in the field of human rights, gender equality and inclusiveness, stimulating civic participation in decision-making at the local level (this point was developed in more detail in the separate resolution adopted by the conference “Participation of citizens in the decision-making process at the local level – an important link in the formation and development of local self-government in the Republic of Belarus”), support of public-private partnership and innovative economy, implementation of norms and obligations of the signed environmental and climate conventions, removal of legislative and law enforcement restrictions on the activities of civil society organizations and the media, etc.

Resolution: The Civil Society of Belarus as a Stakeholder of Belarus-EU Relations: Towards Deliverables 2020

Resolution: Participation of citizens in the decision-making at the local level is an important linkin formation and development of local self-government in the Republic of Belarus