Participants Selected for the 2017 Annual Assembly in Tallinn 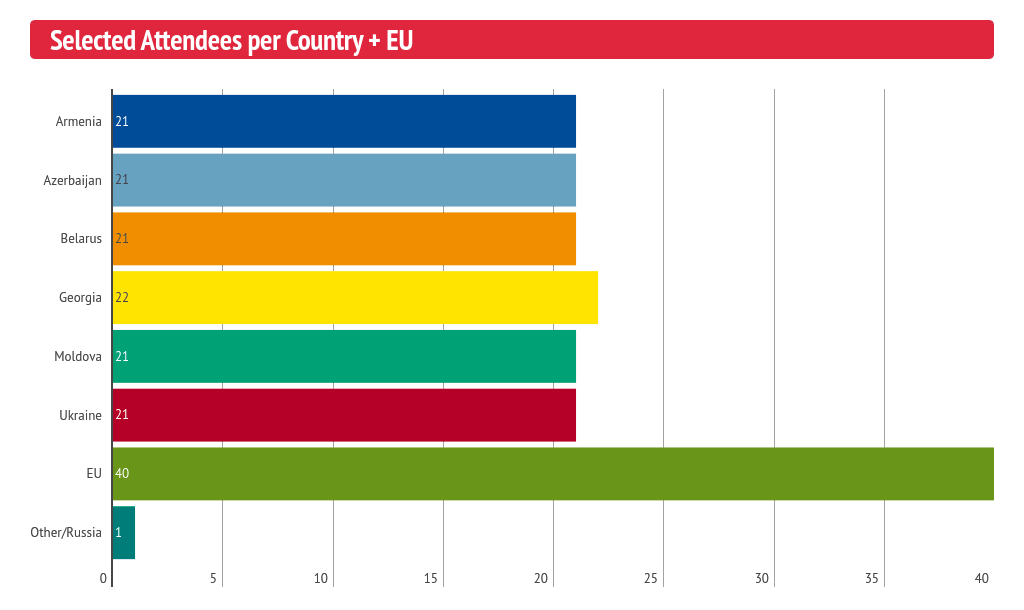 We would like to thank all the applicants for their efforts in filling in the application form and their interest to attend the Annual Assembly in Tallinn 2017.

This year, there were 469 applicants for the Annual Assembly, out of which 168 organisations have been selected to take part in the Forum either in the capacity of a participant or observer, in line with the eligibility guidelines (drawing on shortlists by the country coordinators in conjunction with the national platforms, the working group coordinators, and the European Union delegations in the six Eastern Partnership countries).

The organisations here are divided into participants (with the right to vote) and observers (without the right to vote). Additional attendees outside of this list might be present, including but not limited to journalists, government officials, representatives of the EU institutions and EU partner country governments. Each participant or observer is part of a Working Group in which activities he/she will be taking part.