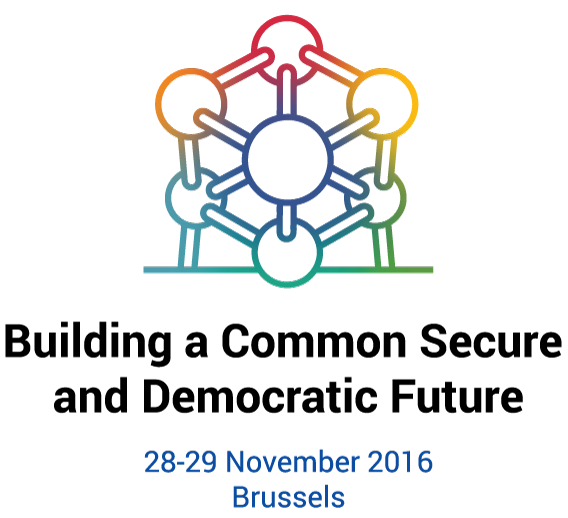 On 28-29 November Brussels hosted the EaP CSF Annual Assembly for the first time in 7 years since the meeting that marked the beginning of the Forum’s work. The 8th Annual Assembly was held under the title “Building a Common Secure and Democratic Future” and brought together around 200 representatives of CSOs, the EU Institutions and EaP governments for vibrant discussions at over 15 sessions.

Commissioner Johannes Hahn, along with the Co-Chairs of the EaP CSF Steering Committee, Ulad Vialichka and Krzysztof Bobinski, delivered opening addresses which gave the start to the discussions of this years’ EaP CSF Annual Assembly.

The opening ceremony also featured the presentation of the EaP CSF Pavel Sheremet Award to the Crimean journalist Mykola Semena, in recognition for his courage to risk his safety and freedom in the cause of the media freedom in Crimea. 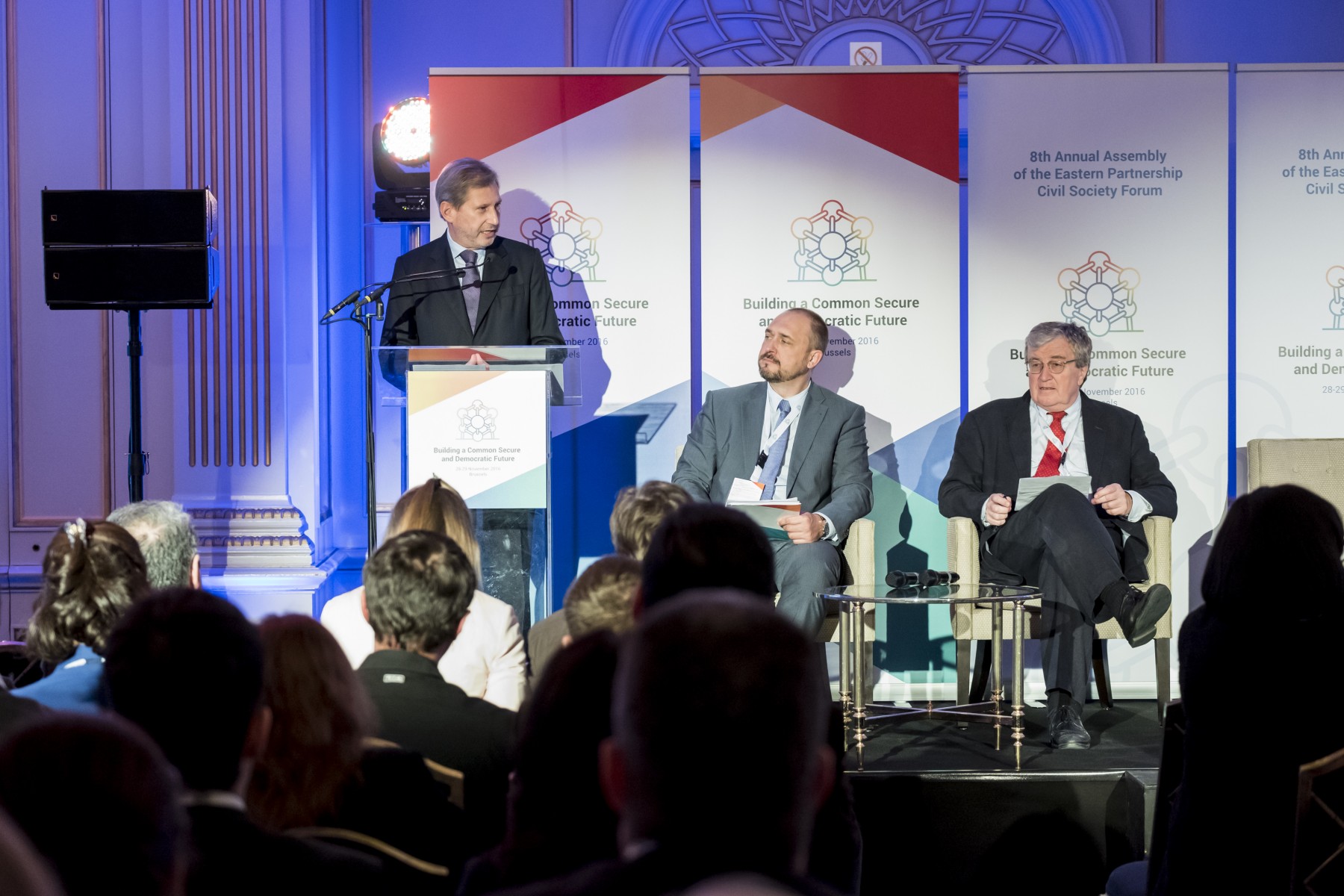 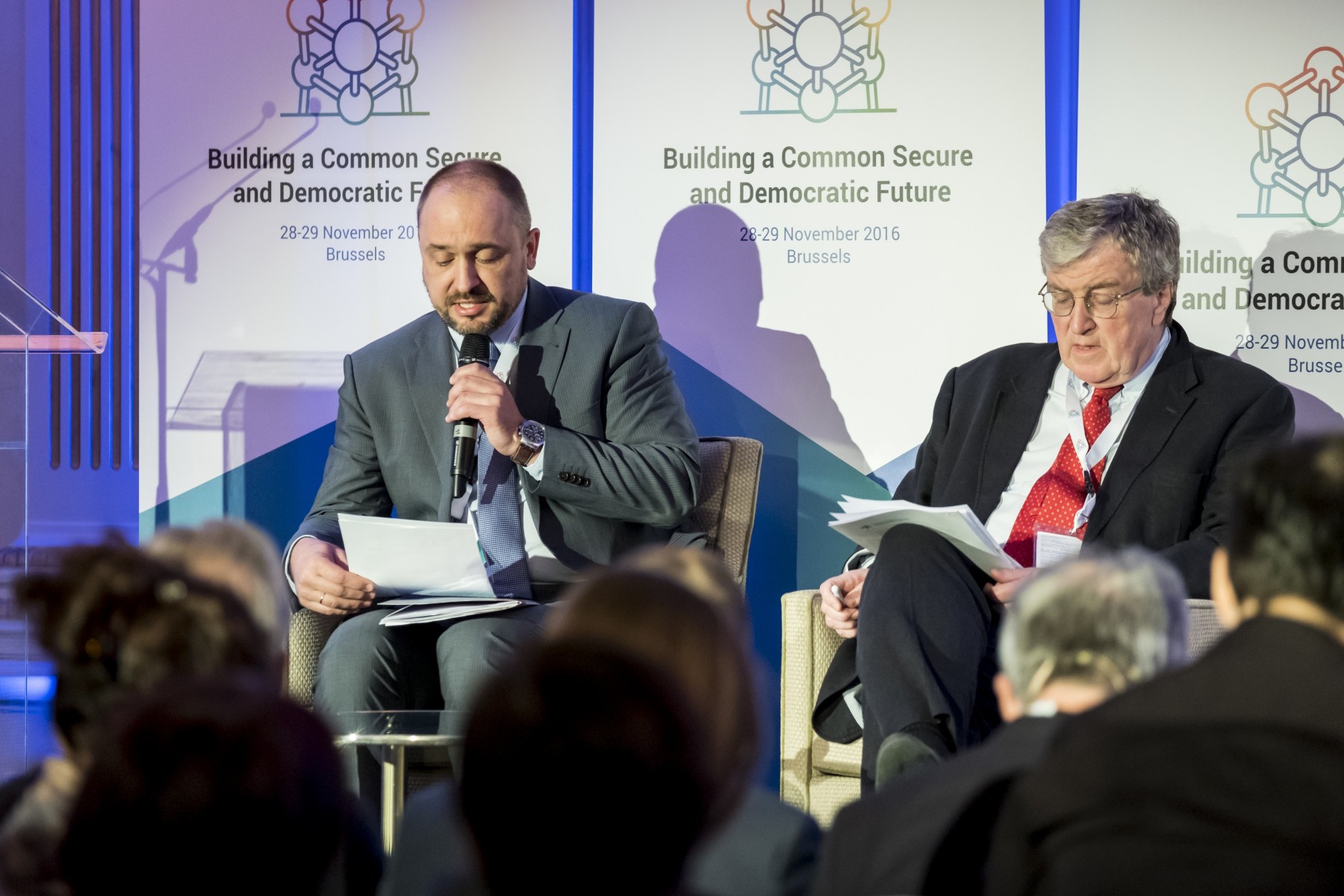 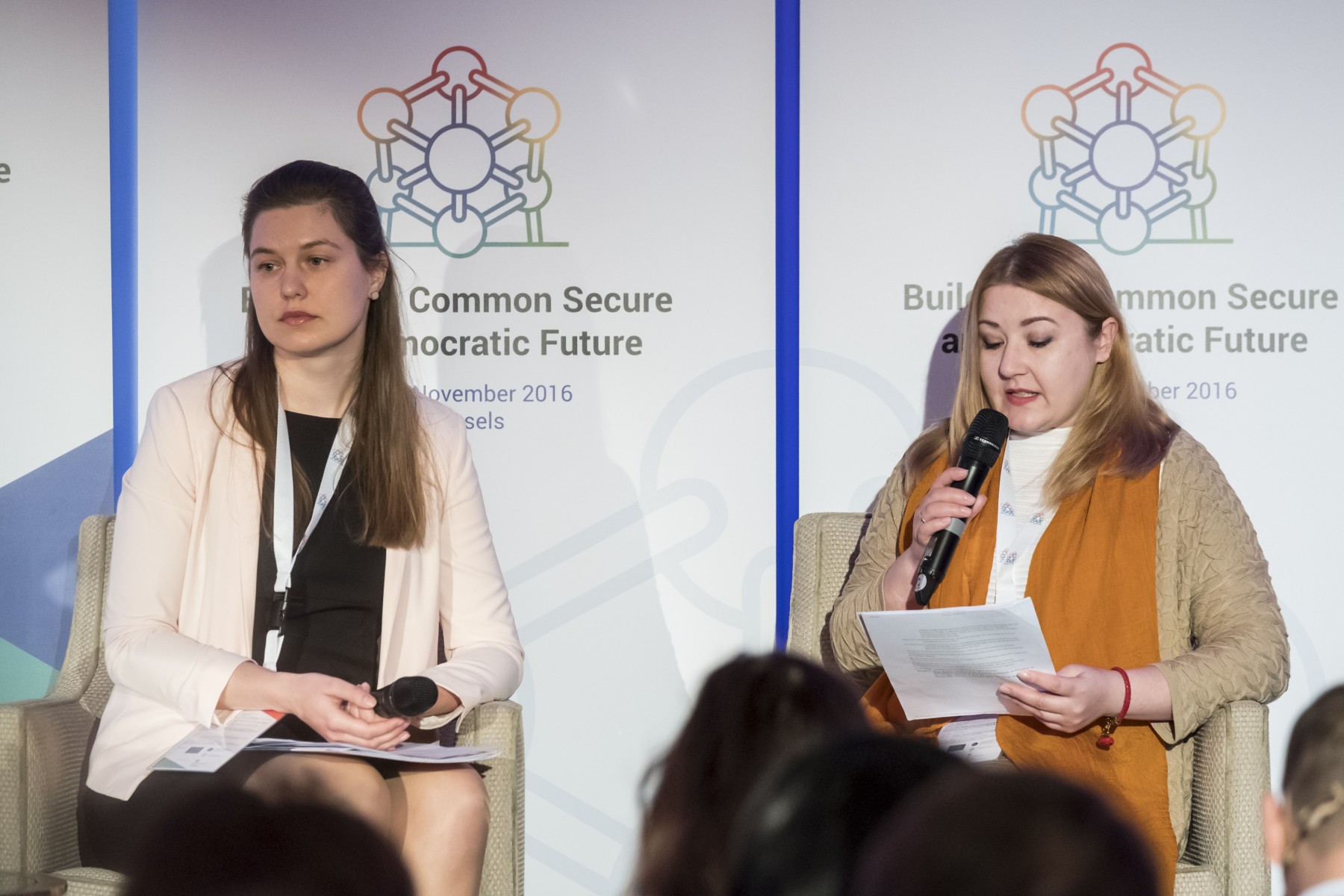 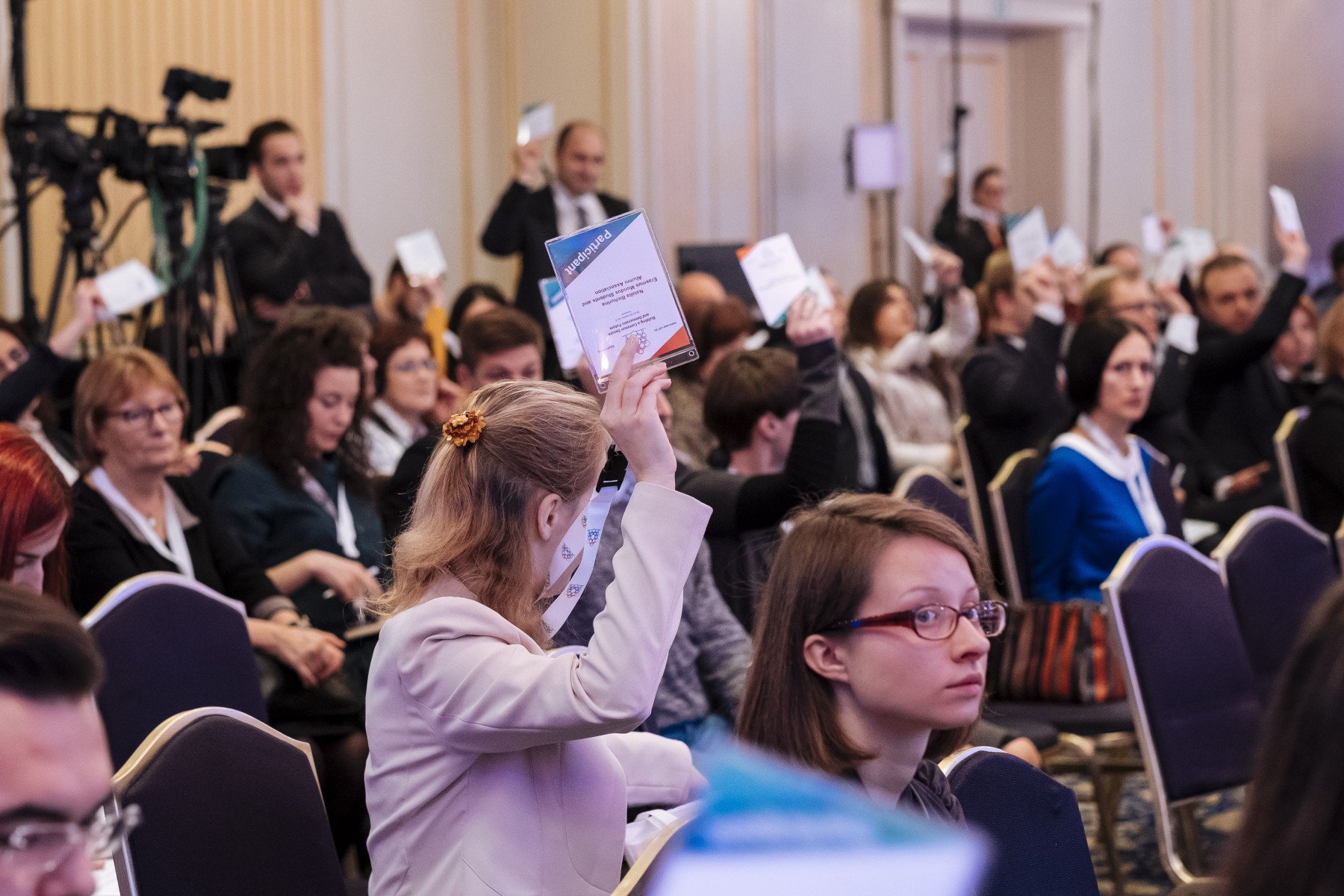 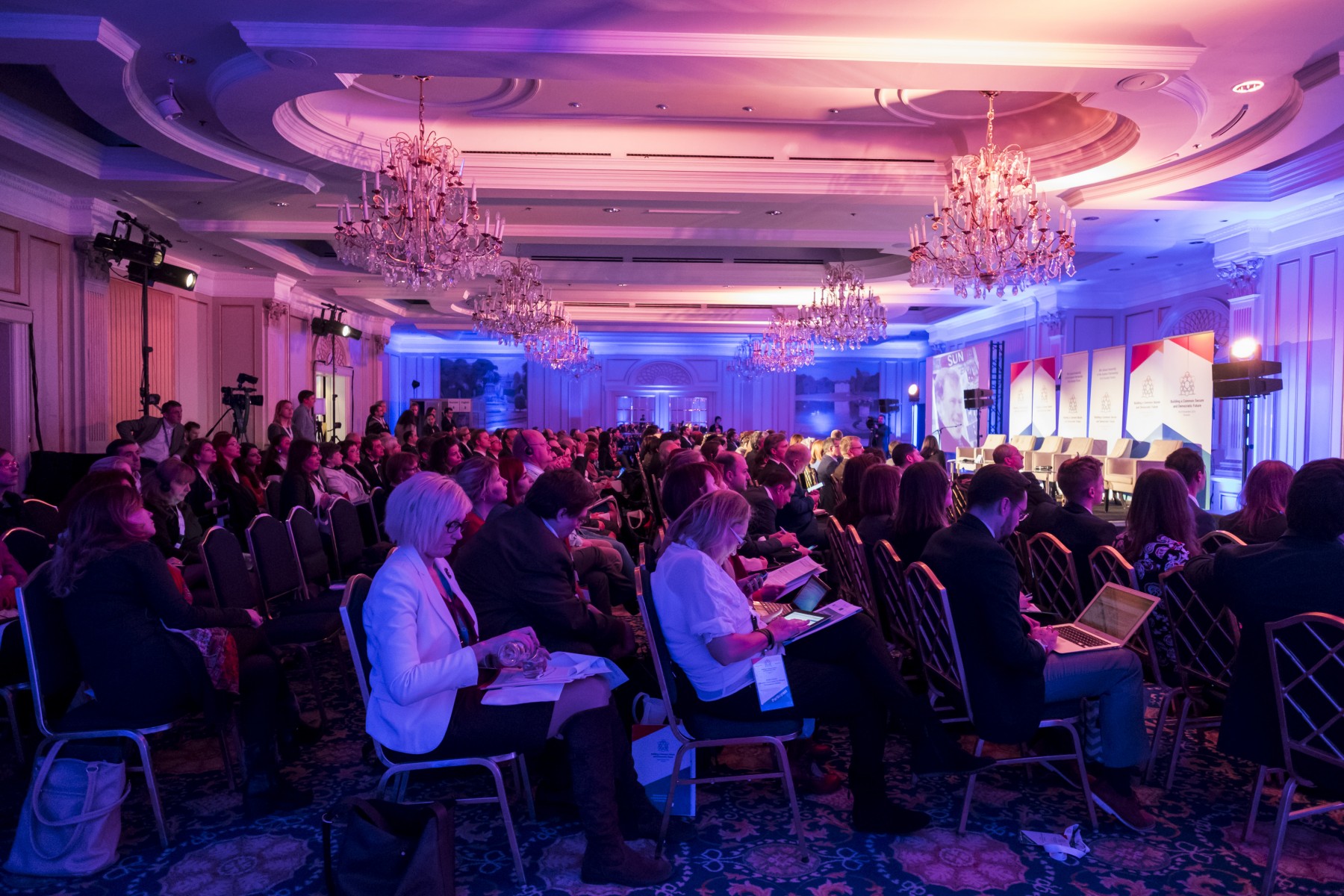 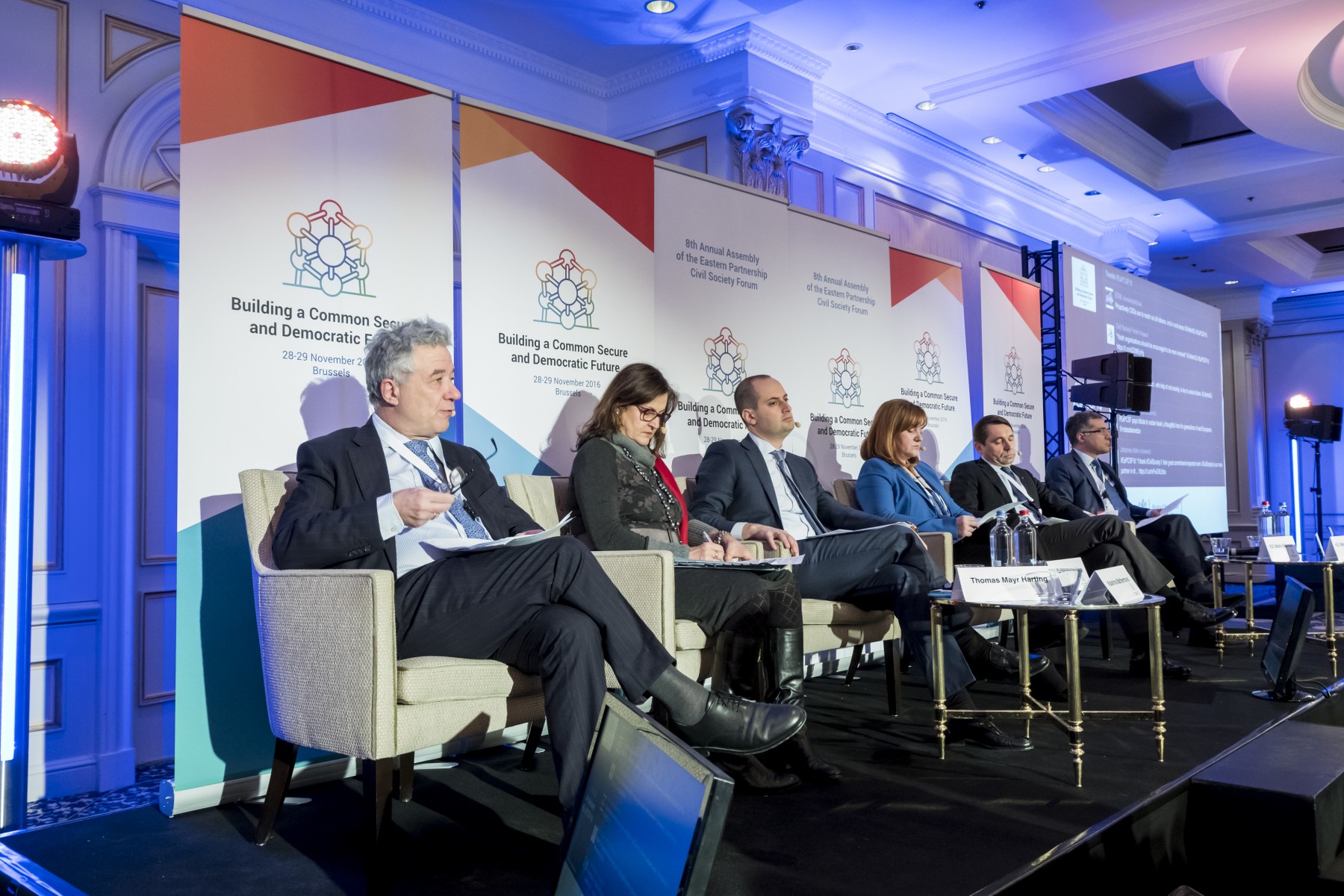 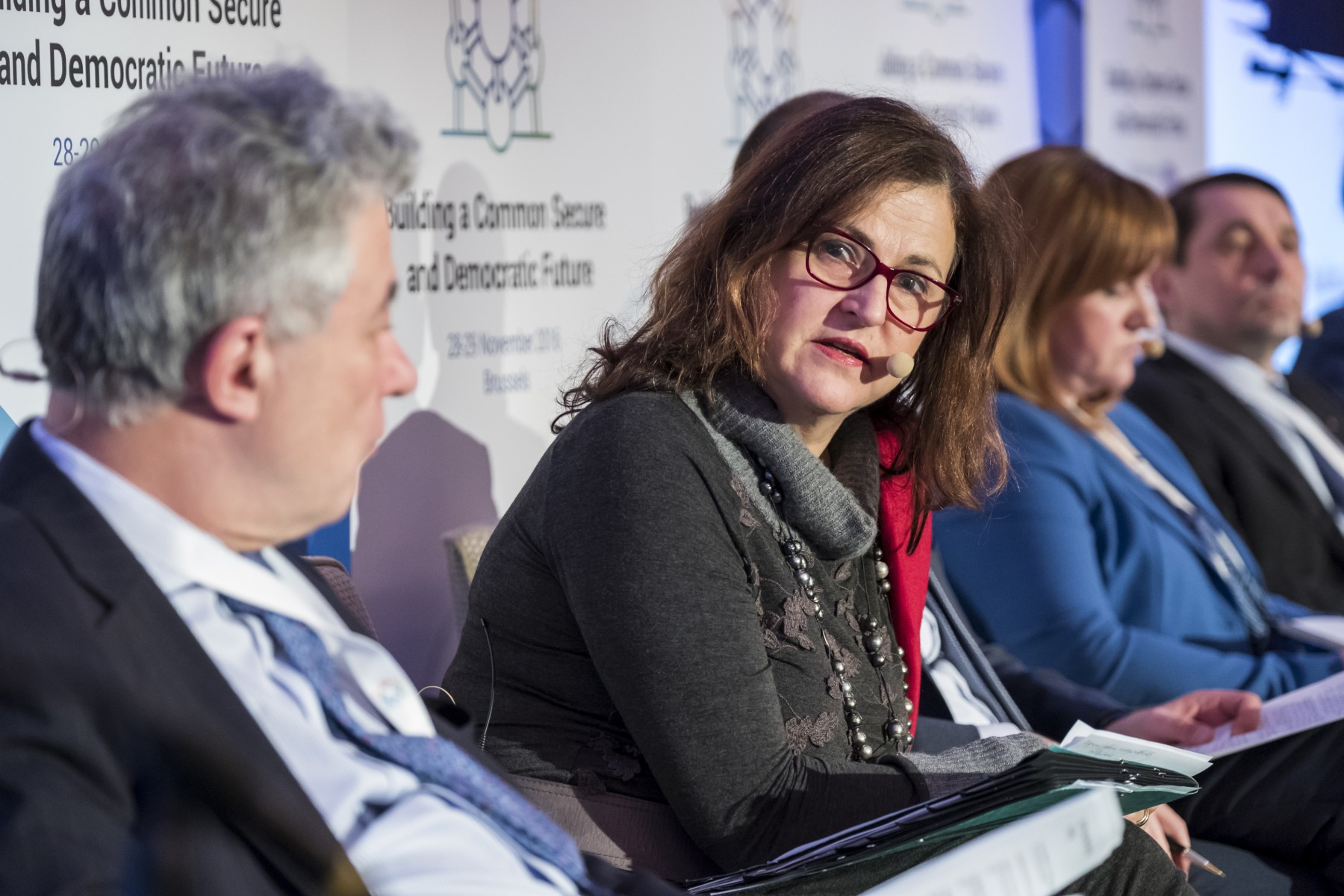 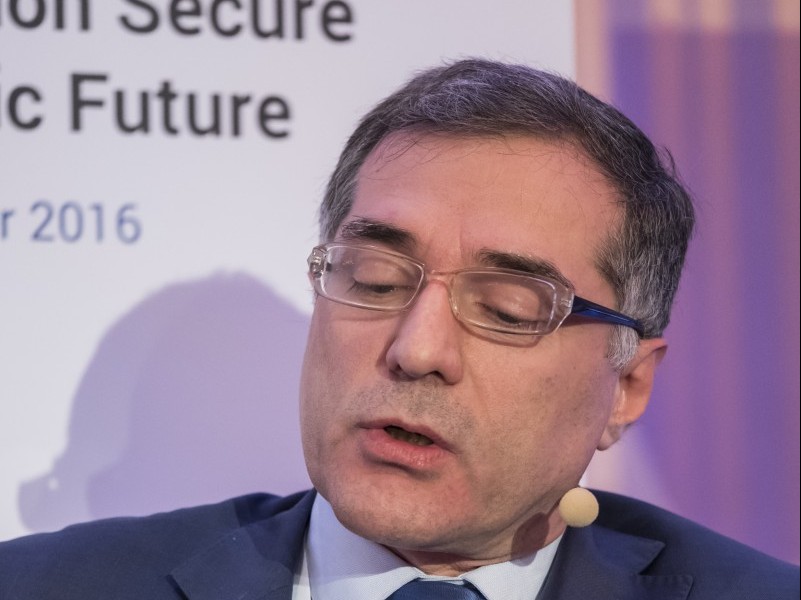 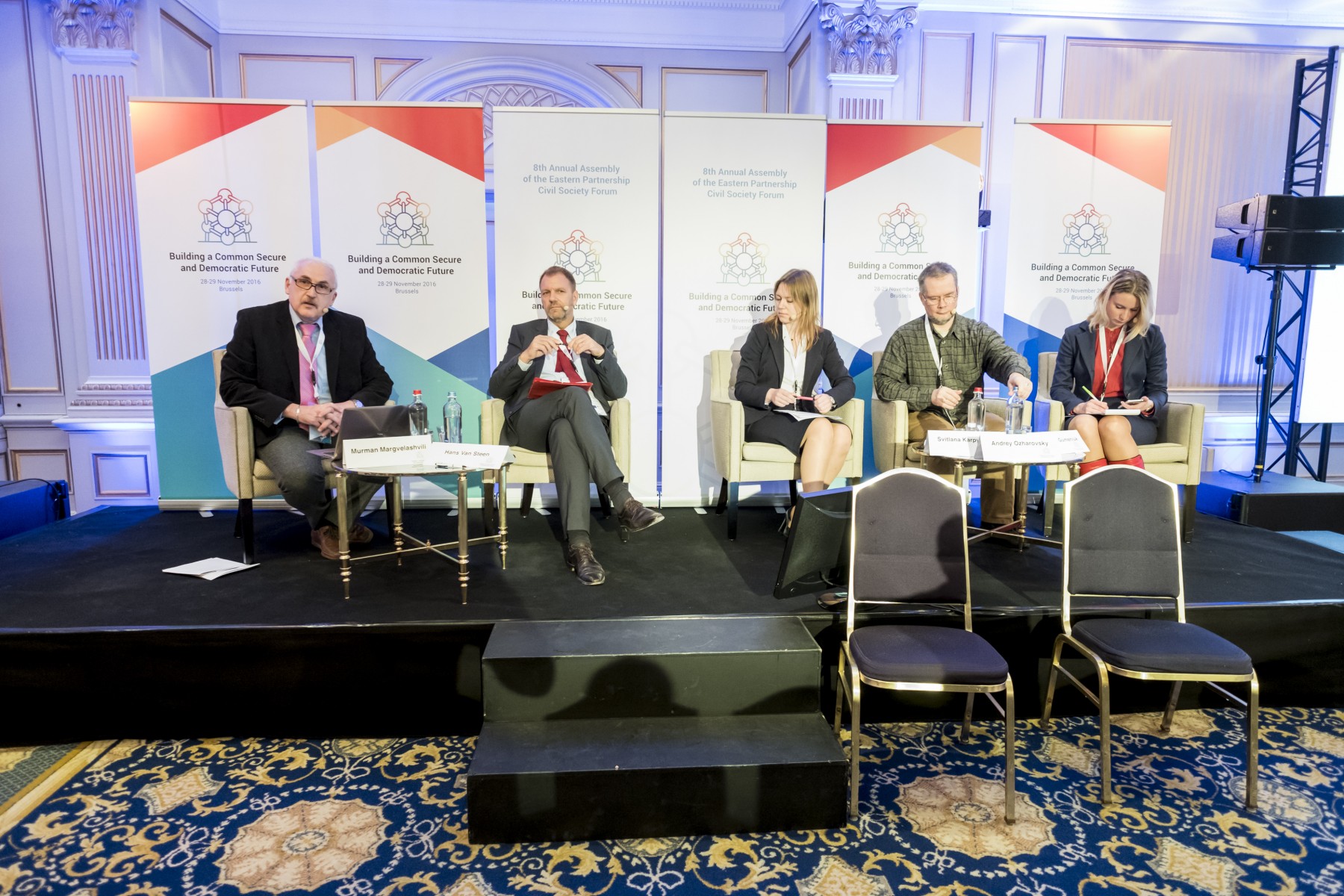 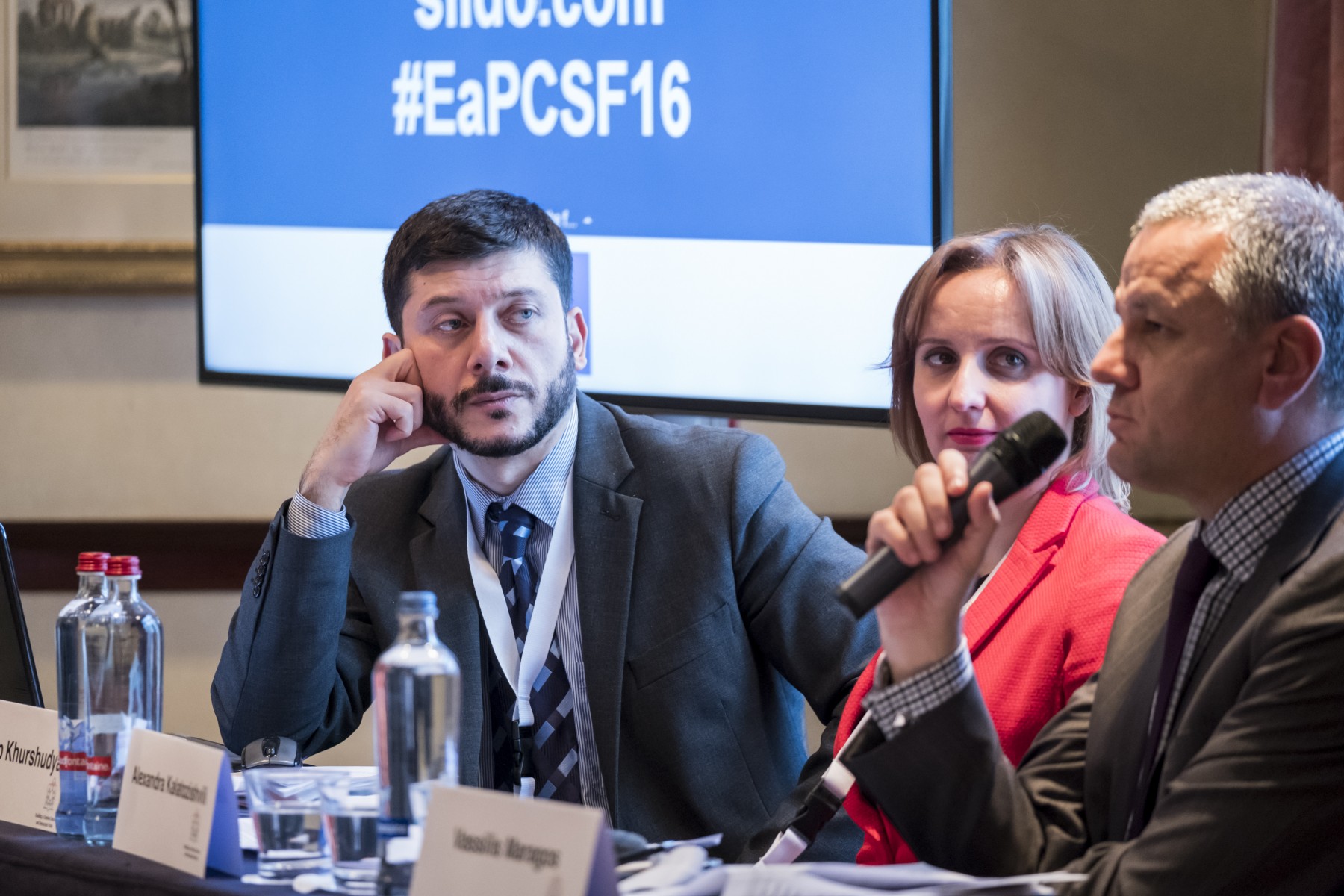 The event coincided with the International Women Human Rights Defender Day on 29 November. Every year this day is dedicated to honoring activism, advocacy and courageous acts of resistance.

This year’s Annual Assembly also included high-level panels which, focused on the role of the Eastern Neighbourhood in the EU policies, whether as a reliable partner or a source of mounting concerns, as well as on the status quo of the Eastern Partnership initiative prior the next EaP Summit. Throughout parallel panels the participants debated on topics related to the EaP CSF priorities such as energy security, youth development and transparency of EU funding in the region.

During the event the EaP CSF members presented the projects and publications they have developed in the past year, including the outputs of 18 re-granting projects. The best project ideas implemented in 2016 received the EaP CSF awards.

The General Assembly, the highest decision-making body of the EaP CSF, adopted 12 resolutions on topics of major concern for the Forum, which include the conditions for civil society in the EaP Countries, as well as political situation in the region.

The 8th EaP CSF Annual Assembly ended with the election of the new EaP CSF Steering Committee 2016-2017, which will have a mandate from civil society of the EaP countries and EU member states to serve as the governing board of the Forum during a one-year term.

“The EaP CSF Assembly is a unique institution which brings together CSOs from across the Eastern Partnership countries and EU – a truly international civil society parliament!” 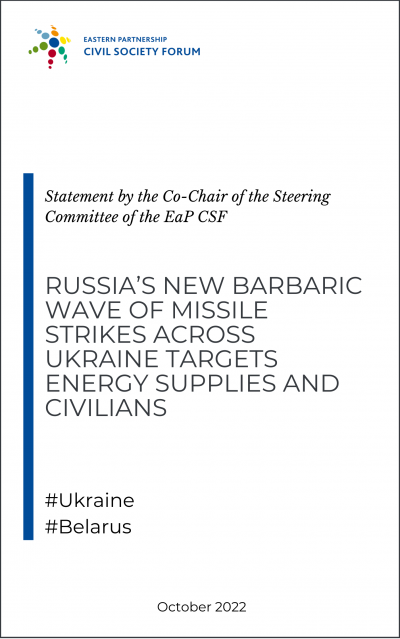 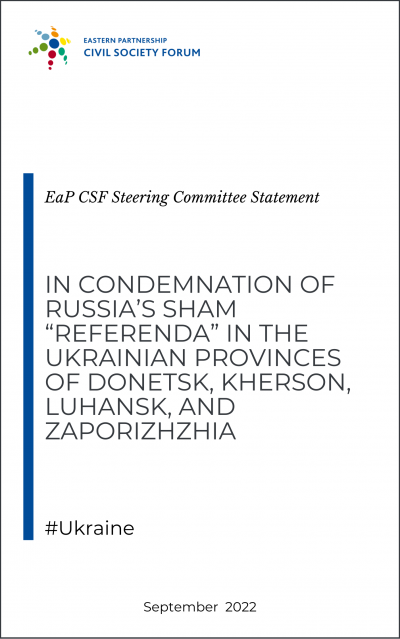 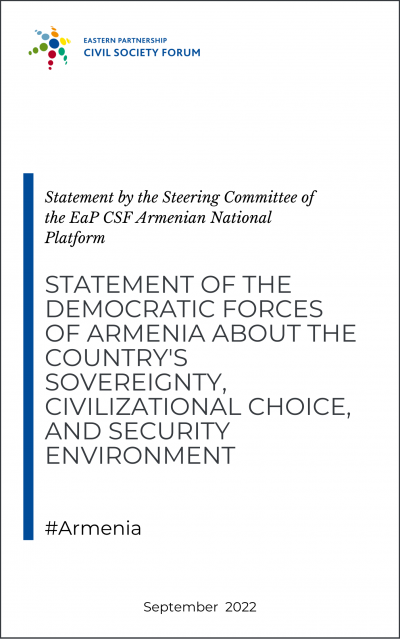 Statement of the democratic forces of Armenia

Steering Committee Statement in Celebration of the Independence Day of Ukraine 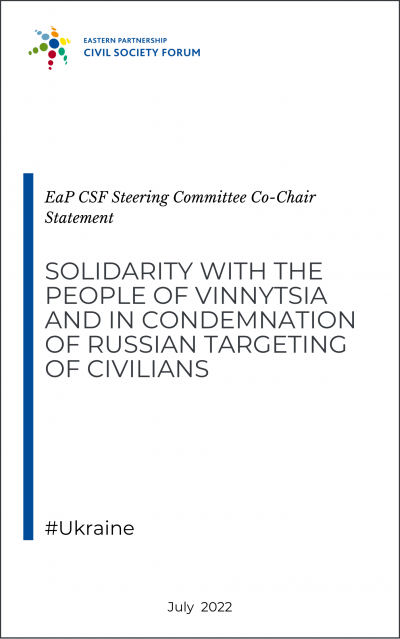 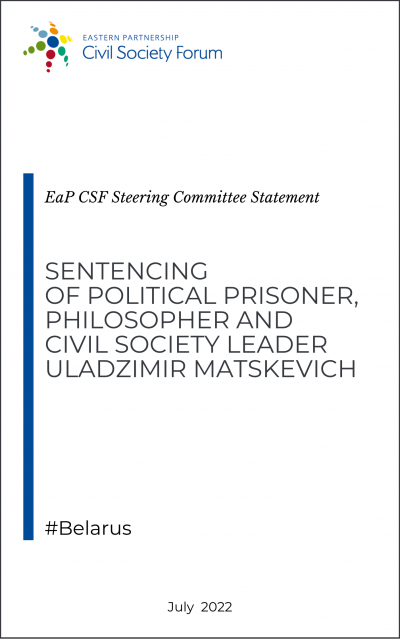 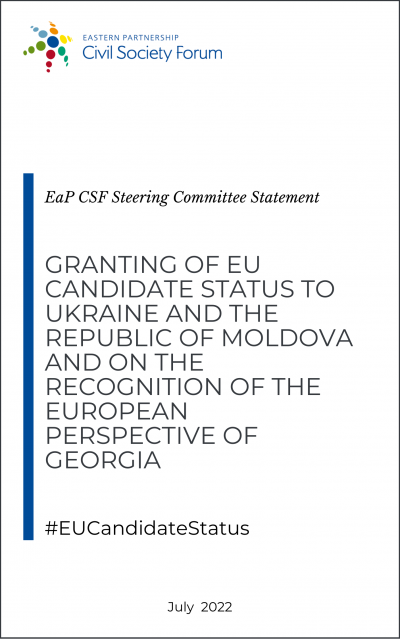 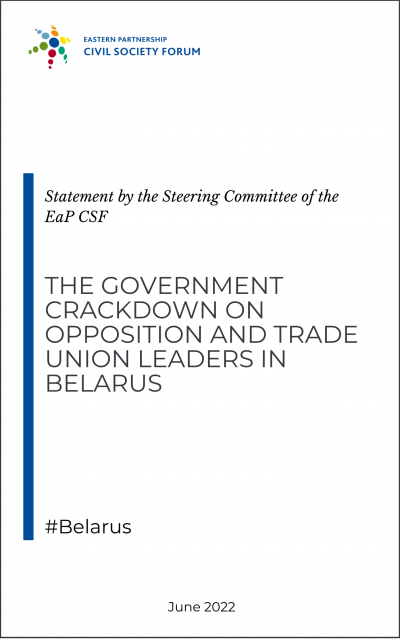 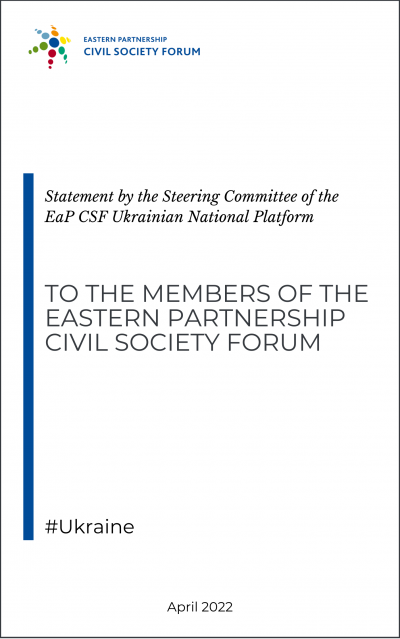 UNP Steering Committee Statement to the members of the EaP CSF