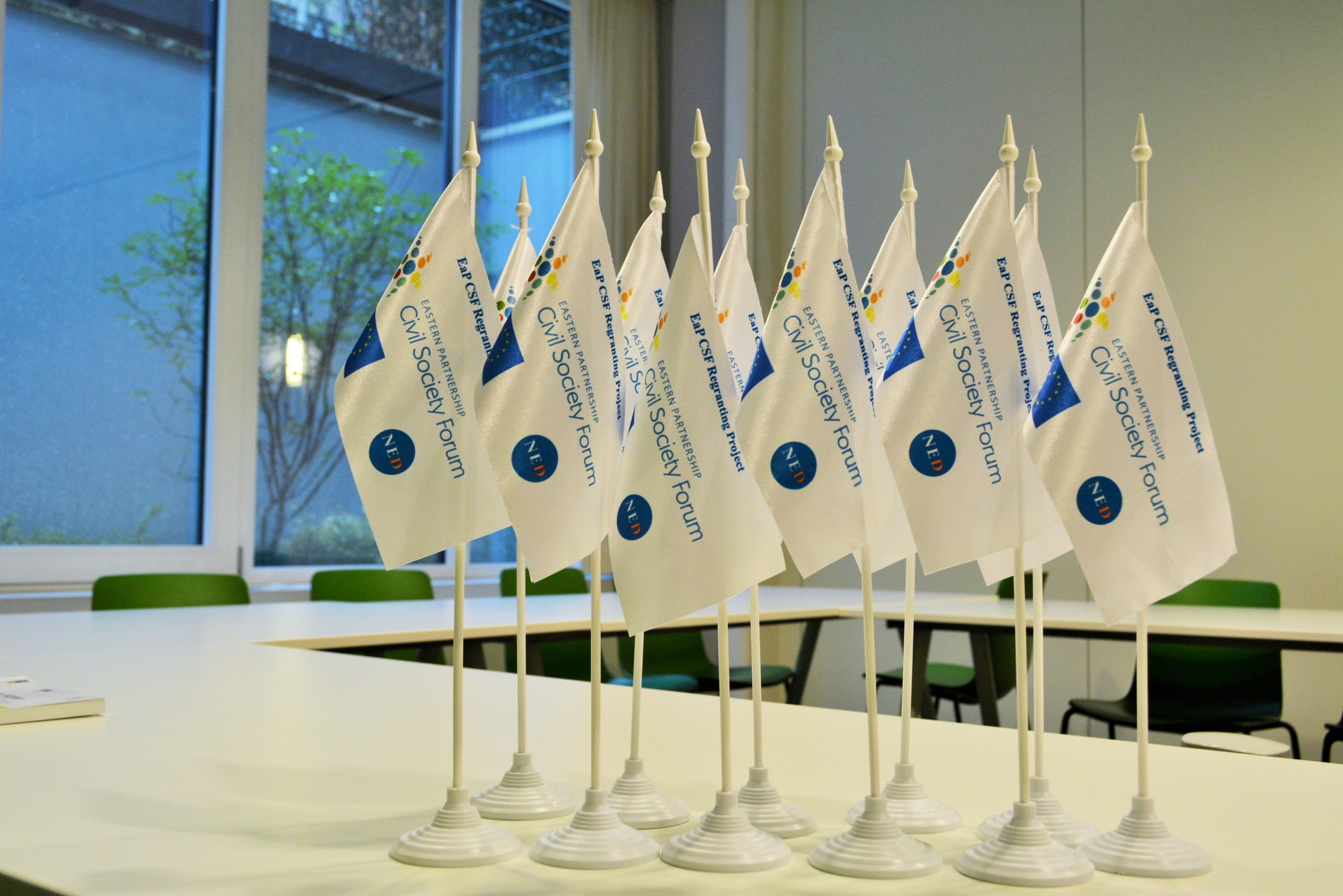 The EaP CSF Re-granting scheme supports the projects of the EaP CSF members with a regional dimension that contribute to achieving its mission and facilitate the work of its five thematic Working Groups. Four calls for proposals have been implemented on the course of 2015-2018 with 61 projects benefiting from the scheme. The projects delivered substantial policy input, capacity building and trainings, as well as activities and campaigns focusing on the grassroots level connecting the civil society with the interest and needs of wider public in the EaP countries. The project results contributed to the policy implementation under the EaP multilateral roof, to the process of reforms in the EaP countries and to EaP CSF advocacy in Brussels, EU and EaP capitals. One of the major focus of the scheme is to strengthen the regional perspective, bridging the emerging gaps among the EaP countries while acknowledging their different paths and contractual relations with the EU.

In 2019, in the framework of the EaP CSF Re-granting Scheme, the Secretariat received 39 proposals, out of which 31 passed the eligibility screening. After the evaluation process, 13 projects were selected by the Working Group’s Selection Committees.

In 2018, in the framework of the EaP CSF Re-granting Scheme, the Secretariat received 52 proposals, out of which 38 passed the eligibility screening. The Selection Committee decided to provide funding for 13 projects.

In 2017, 52 eligible proposals were evaluated by the Selection Committee, who decided to provide funding for 15 projects conditionally on the implementation of specific recommendations.

The level of participation was high with many applications of good quality and with the requested amount that exceeded several times the total budget available for this scheme.

The majority of the implemented projects were developed under the priorities of the Working Group 1 “Democracy, Human Rights, Good Governance & Stability”, Working Group 3 “Environment, climate change and energy security” and Working Group 4 “Contacts between People” and cover at least three Eastern Partnership countries.