Explore the Eastern Partnership Index 2017 on the EaP CSF website to find out the score for your country.

Ukraine is the only country to record an upward trajectory in both indicators, increasing its score in Approximation and Linkage. Azerbaijan and Belarus remain the worst performing countries, although slowly improving, mainly due to improvements in their score in Approximation’s Sustainable development indicator. Moldova emerges as the black sheep of the flock: although it ranks third in Approximation and first – together with Georgia – in Linkage, it has recorded the worst backsliding of all six countries, dropping 0.7 points in Approximation. The country lost progress in the majority of Approximation’s Deep and Sustainable Democracy indicators, especially due to worsening political capture of the judiciary, crackdown on media independence and declining state accountability.

On the other hand, Belarus remained the worst performing of all the six but has recorded the biggest leap forward overall, in particular thanks to progress in the EU integration and convergence and Sustainable Development indicator. The leap forward is offset by a declining score in the Deep and Sustainable Democracy indicator, which ranks Belarus as the worst of the six EaP countries in terms of human rights and protection against torture, state accountability, fight against corruption and public administration.

Georgia, Moldova and Armenia have backslid in the Deep and Sustainable Democracy indicator, Ukraine and Belarus have registered some improvement and no progress was registered in Azerbaijan. Developments over the past few years have shown that none of the EaP Countries can lay claim to having sustainable democratic institutions. Periods of relative liberalisations have been replaced by more authoritarian situations and vice-versa.

State accountability has gone up in Georgia, Ukraine and Armenia, who are reaping the benefits of reforms, and decreased in Moldova, Azerbaijan and Belarus. Public administration reform has been backsliding in all countries, except for Ukraine, were significant progress was registered. Judicial independence remains problematic in most countries, with improvements registered in Armenia, Georgia, and Belarus, and setbacks in Ukraine Moldova and Azerbaijan. Media independence has suffered a blow in all countries, with the exception of Armenia.

The biggest gains are in Linkage, as countries progressively become more aligned, trade increases and DCFTA benefits start to trickle down

Georgia, Ukraine and Moldova registered important increases as the visa liberalisation and increase cooperation trickle down to citizens.

The Eastern Partnership Index 2017 had its Brussels launch on 26 February 2019. 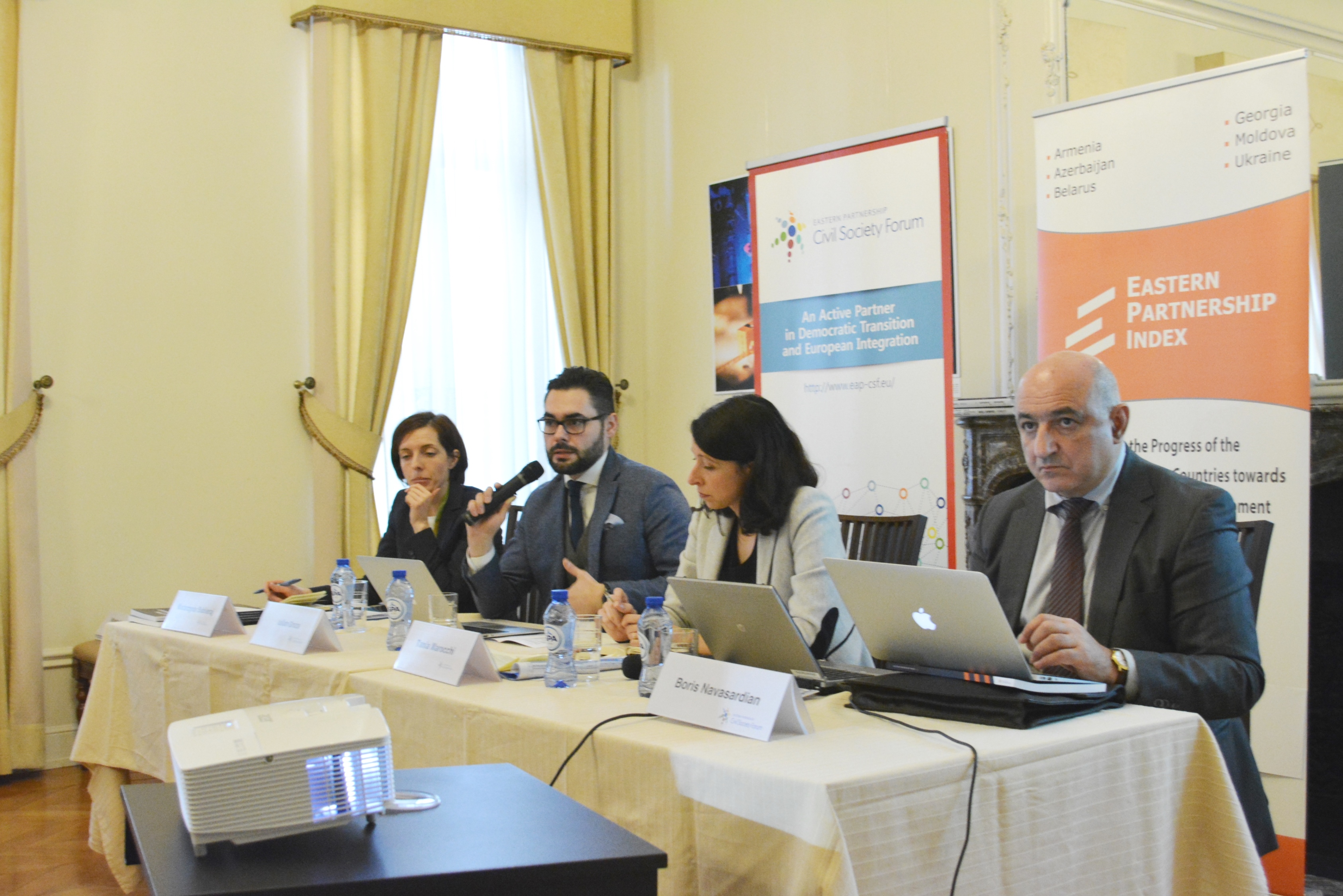 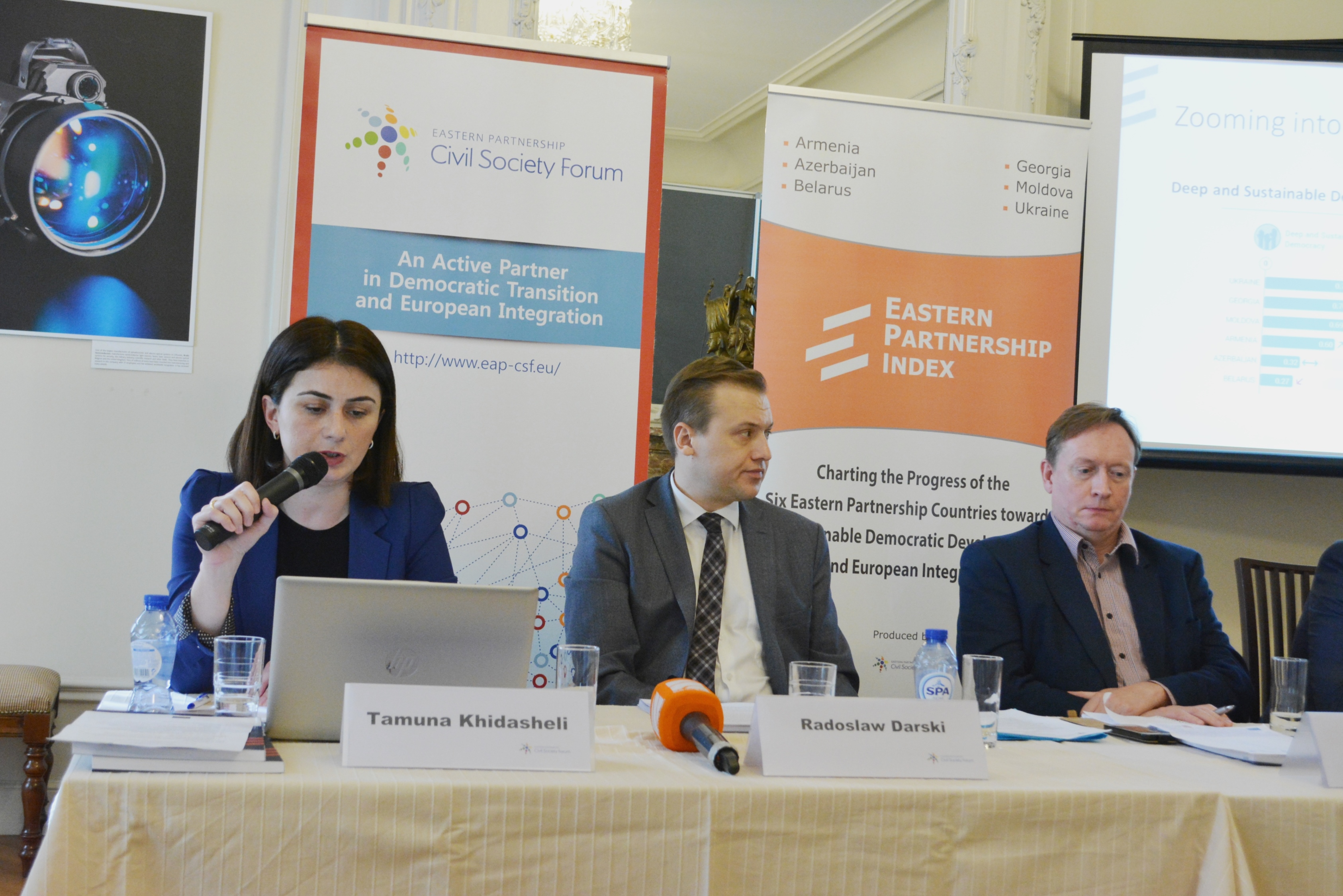 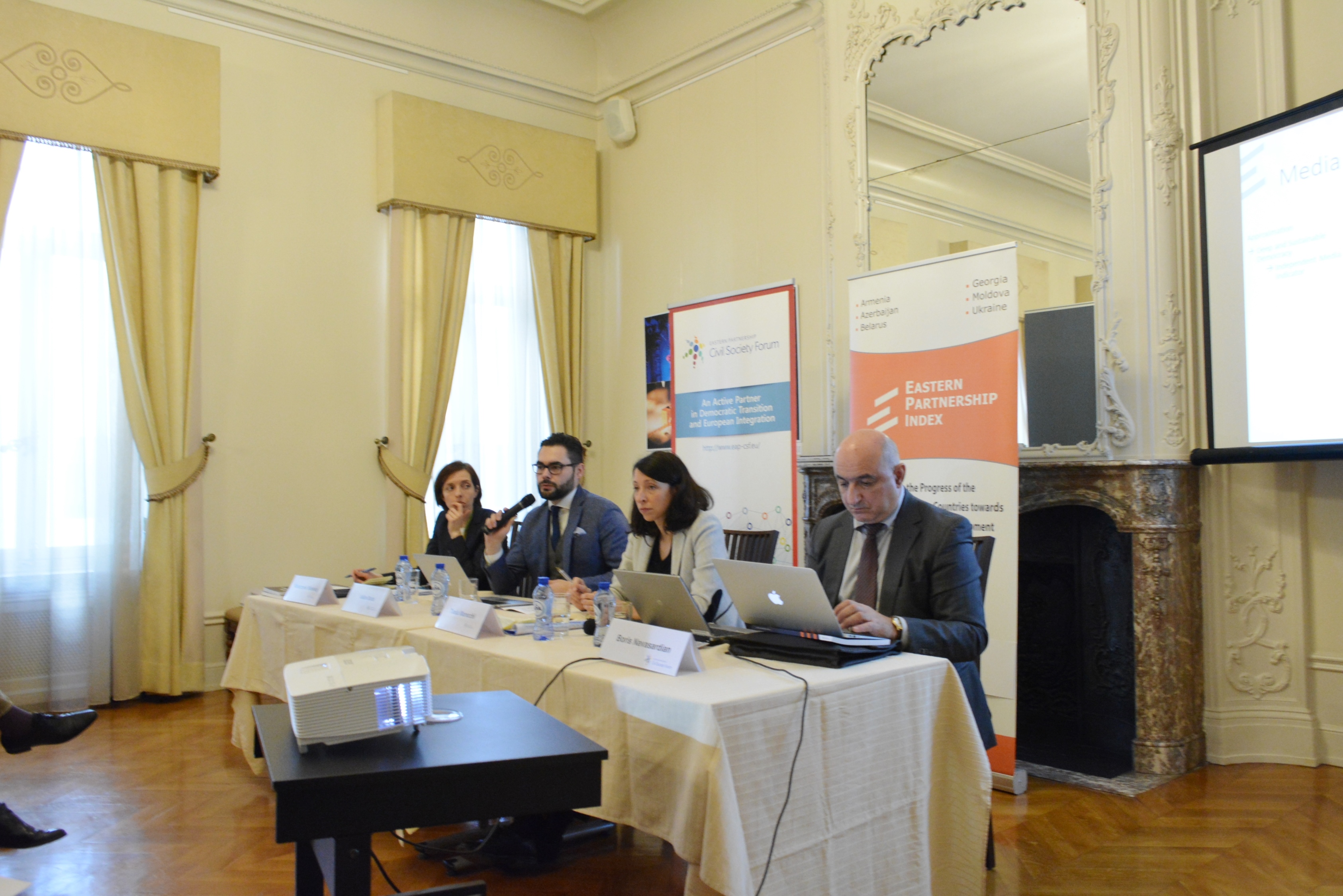 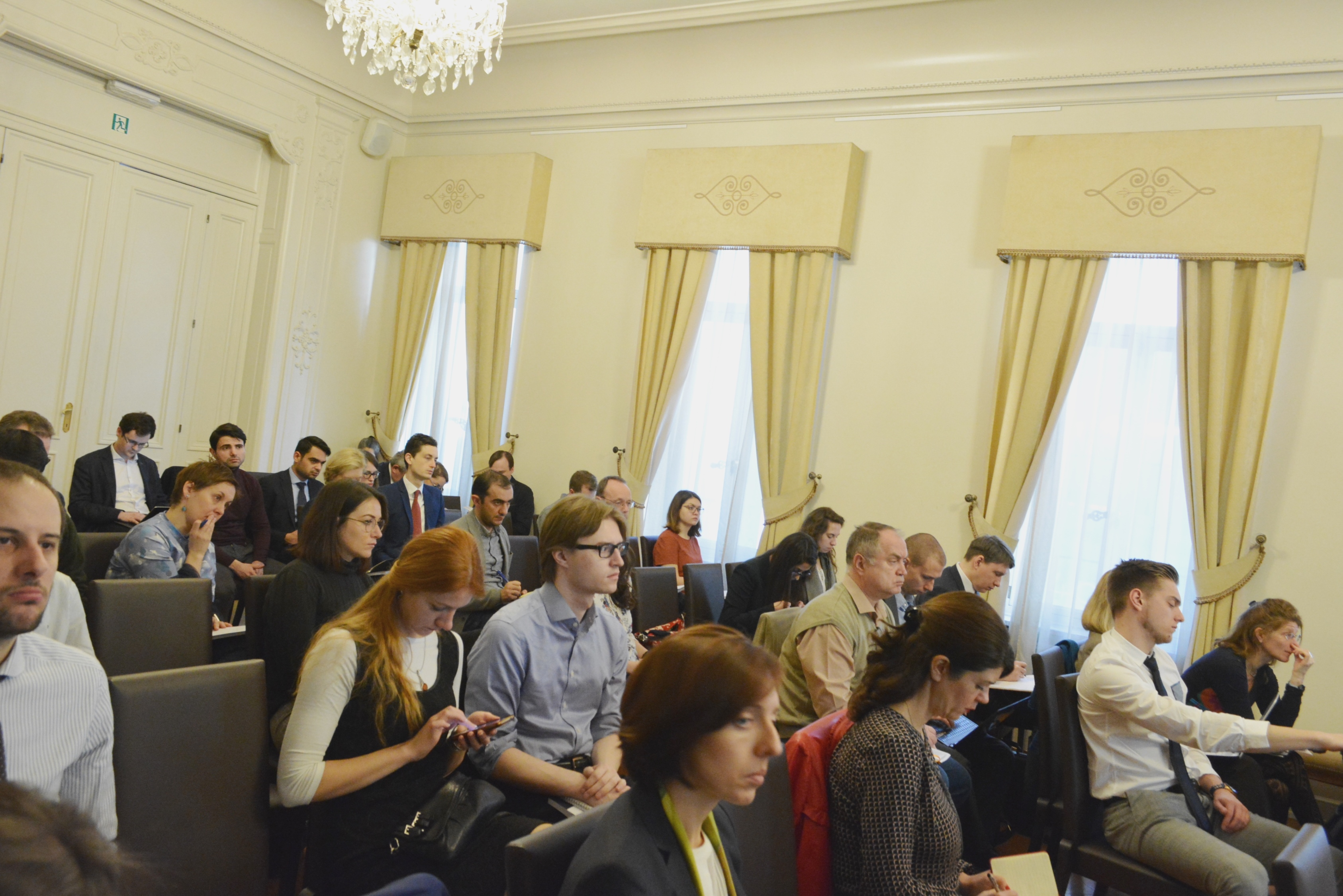 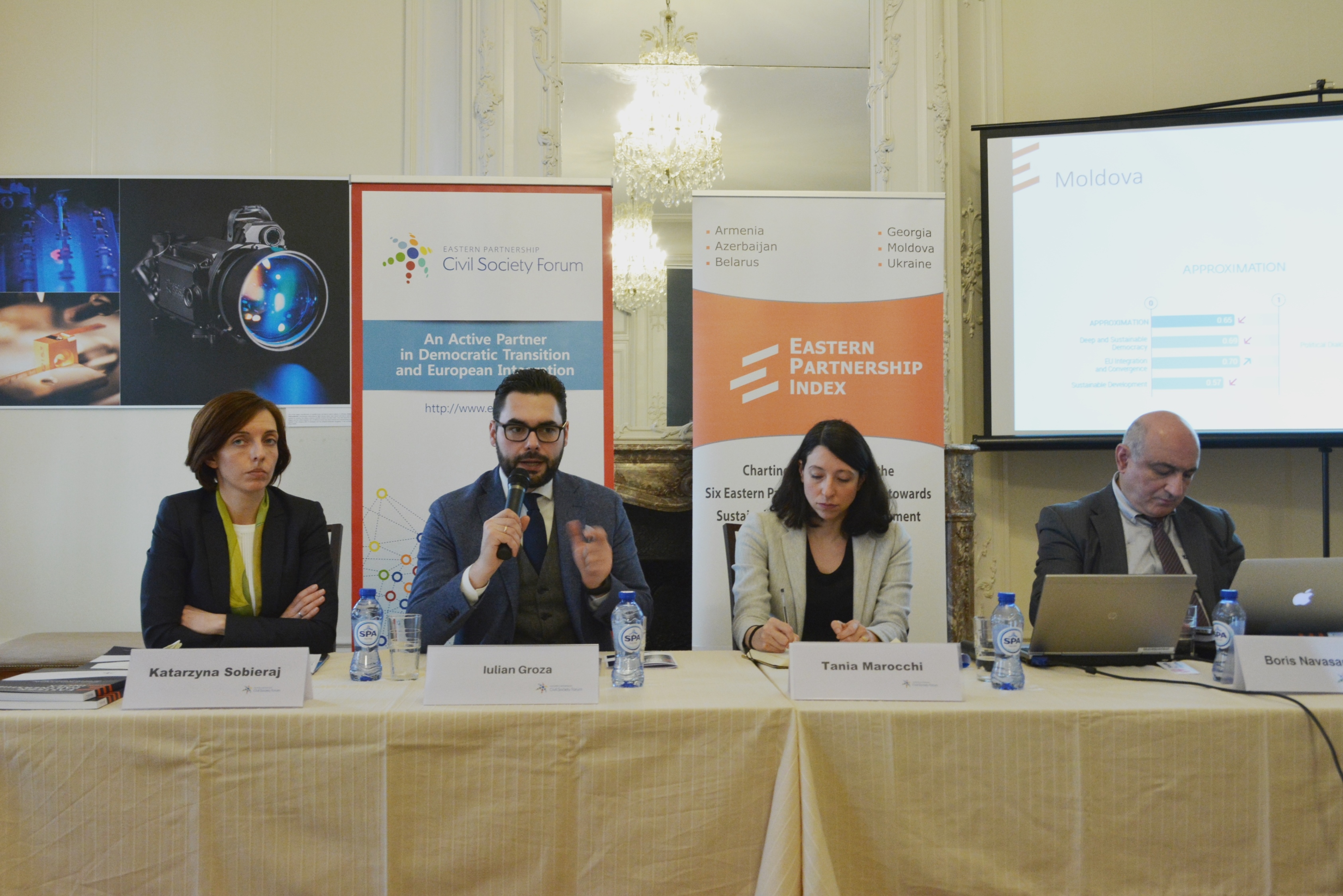