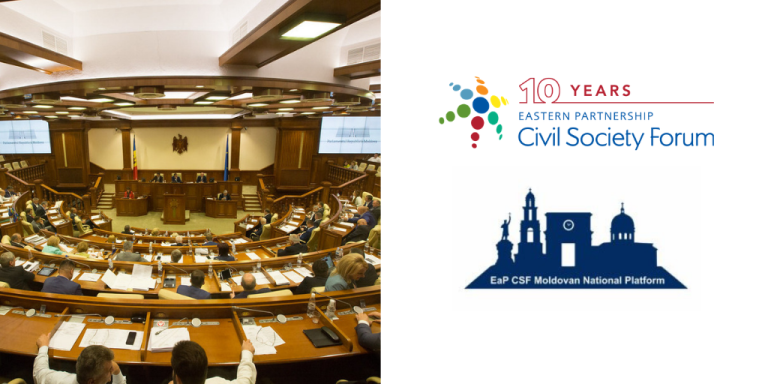 As the situation remains tense in Moldova, “the priority is to return to political dialogue and re-establish trust in [the country’s] democratic institutions” – we read in the Eastern Partnership Civil Society Forum (EaP CSF) Steering Committee statement. The statement urges all actors to recognise and respect the legitimacy of the current Parliament, elected on 24 February 2019 – as well as the coalition government, led by Maia Sandu and formed by ACUM and the Party of Socialists of the Republic of Moldova (PSRM), officially sworn in on 9 June 2019. It is also an appeal against any further escalation, pointing to legal ways of solving disputes. The statement comes after a declaration, released by EaP CSF Moldovan National Platform – which encourages all the constitutional judges to resign, in the name of restoring trust and legality.

The Constitutional Court of Moldova has compromised itself, “acting exclusively in the interest of one political party” warns civil society – referring to its actions from 7, 8 and 9 June 2019. There are serious doubts around its interpretation of existing legislation, which allows the President to dissolve the Parliament. The Court has interpreted the right to dissolve the Parliament as an obligation: on 8 June 2019, it issued two judgements, declaring the new Speaker and Prime Minister “unconstitutional”. The judgements were made public within one hour of the Parliament taking its decisions, without them being formally signed or published.

What is more, the Constitutional Court has suspended Moldova’s President, Igor Dodon at the request of Democratic Party of Moldova (PDM) – attributing the right to dissolve the Parliament to former Prime Minister and Prime Deputy President of the PDM, Pavel Filip. The judgement was adopted in haste on 9 June, in absence of authorities and affected parties. Dodon has previously planned to reconvene with all Parliamentary factions to discuss dissolving the Parliament on 10 June 2019. Back in December 2018, 17 non-governmental organisations (NGOs) warned about the new composition of the Constitutional Court. The procedure that lead to the appointment of the last three judges (50% of the presiding bench) was not only lacking in transparency – the candidates were known for their affiliation with PDM.

DOWNLOAD − EaP CSF Steering Committee Statement on the legitimacy of the current Parliament and coalition government, led by Maia Sandu