Full Solidarity with Protesters in Russia 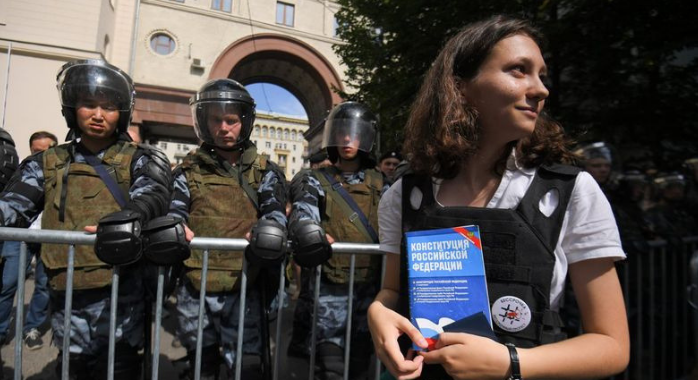 Eastern Partnership Civil Society Forum (EaP CSF) Steering Committee condemns the heavy-handed action taken by the Russian authorities in response to protests on 27 July 2019. The brutality and violence, as well as the wave of arrests that has followed, is no way to respond to peaceful expression of opinion – a civil right, enshrined in human rights and fundamental freedoms, seldom recognised by Russian legislation. Intimidation has no place in democratic society and “broader society” should “stand for their rights”, acknowledges the statement.

Addressing the Russian authorities, the Steering Committee calls to release all protesters and activists who were arrested in Moscow as a result of the protests between 27-29 July 2019. Their detention continues to undermine the “freedom of expression, freedom of assembly and association”, which are cornerstones of a modern democracy. The Steering Committee not only expresses its full solidarity with the detained protesters (with total numbers pushing 1,000), but also appeals to international actors to “monitor and investigate all abuse, committed by the Russian authorities against its own citizens”.

The inappropriate and disproportional use of force by law enforcement agencies has also been condemned by the Coordinating Committee of the EaP CSF Belarusian National Platform, in a separate statement. Echoing the Steering Committee, it calls the Russian authorities to respect peaceful exercise of constitutional rights – and to stop the wave of criminal prosecutions against the protesters.