The Implementation of Bologna Process in Belarus Should Not Be Downgraded, Says Civil Society 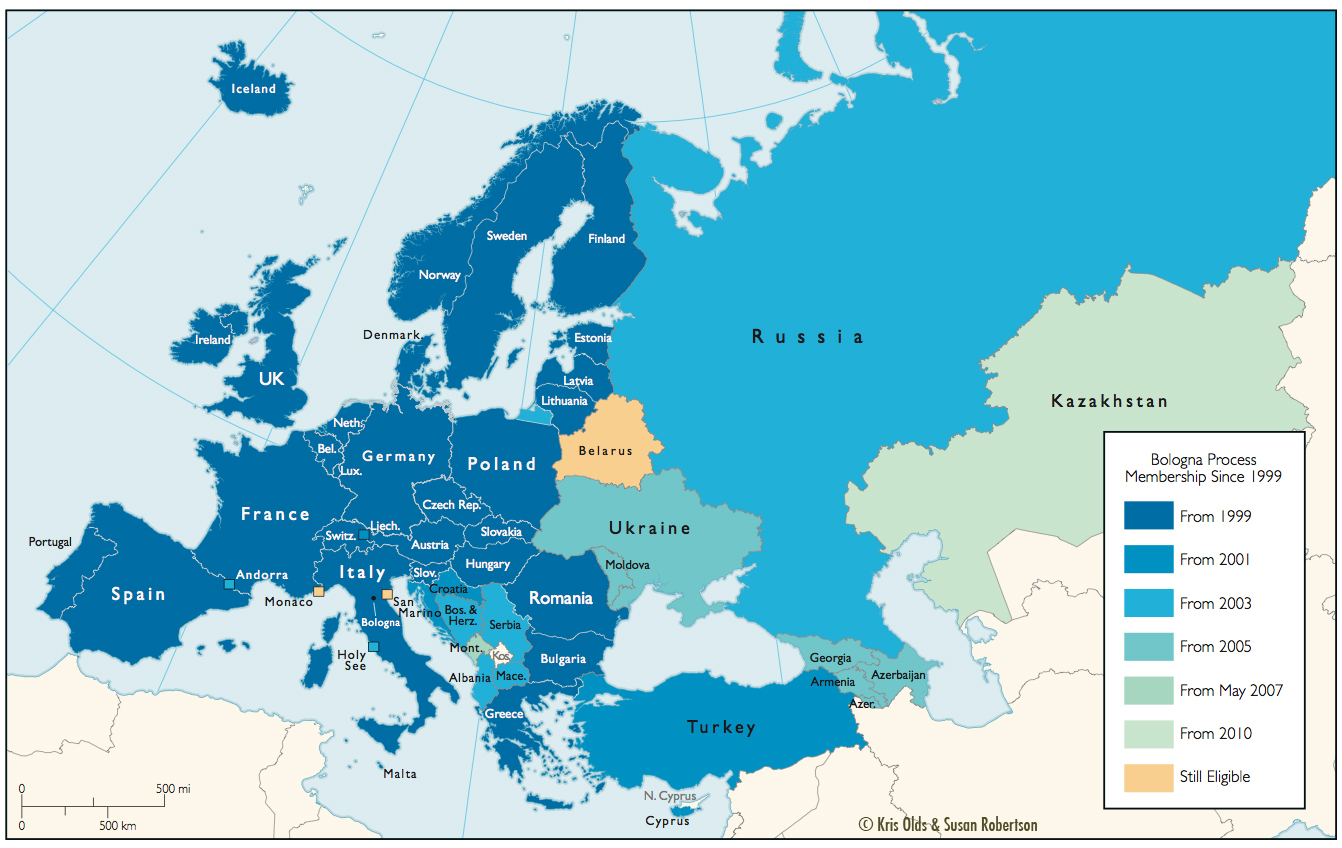 The Eastern Partnership Civil Society Forum (EaP CSF), as a key stakeholder representing the independent civil society perspective on the Belarus Roadmap for Higher Education Reform, urged the education ministers of the EHEA countries to make a strong commitment to revitalising and reaffirming Belarus’ position in the European Higher Education Area, and to ensure that no action is taken that would scuttle hopes for the democratisation and modernisation of higher education in that country.

Whilst it is true that the Belarusian government has failed to fulfill its reform obligations and, in some cases, returned to systematic repression of independent student organizations, the EaP CSF believes that independent oversight and support to the implementation of the reform included in the Roadmap and Draft Strategic Action Plan is needed more than ever. The Bologna Follow-Up Group (BFUG) should not abandon the idea of specific mechanism for Belarus; were this to happen it would effectively torpedo the reform effort for many years to come.

The EaP CSF urged the ministers to consider the long-term perspective as the ministers make their decision. The Belarusian National Platform of the EaP CSF has noted several positive developments resulting from the Bologna Process, including the rapidly increasing mobility of students and teachers, and the European Parliament has emphasised that continuing the implementation of the Bologna Process would benefit young Belarusians and boost further exchanges and people-to-people contacts.[1] The Bologna process is having a positive effect and continuation of the oversight mechanism along with the BFUG AG2 mandate or another similar procedure would assure it stays on the government’s agenda.

The EaP CSF, therefore, sees no value in downgrading the implementation of Bologna process in Belarus at this point in time by providing support to its implementation only via the three envisaged support groups, as the issues that need to be addressed are much wider.  The EAP CSF has drawn upon the expertise of its members on the ground to produce these recommendations, which would positively support and expand the reform process, as well as providing it the space needed for it to flourish.

In its resolution of 19 April 2018 the European Parliament publicly supported the position of the EaP CSF, having called for Belarus to be kept on the EHEA agenda and for the European Commission to provide adequate resources to implement the roadmap, accepting the logic and the recommendations of civil society.[2]

The EaP CSF appealed to the ministers to ensure that the views of civil society, backed by the EU institutions, are appropriately considered and reflected as he final decision on the Bologna roadmap for Belarus as well as Draft Strategic Action Plan is made, by adopting the following recommendations.

The Eastern Partnership Civil Society Forum appeals to the ministers to take into account the following perspectives: