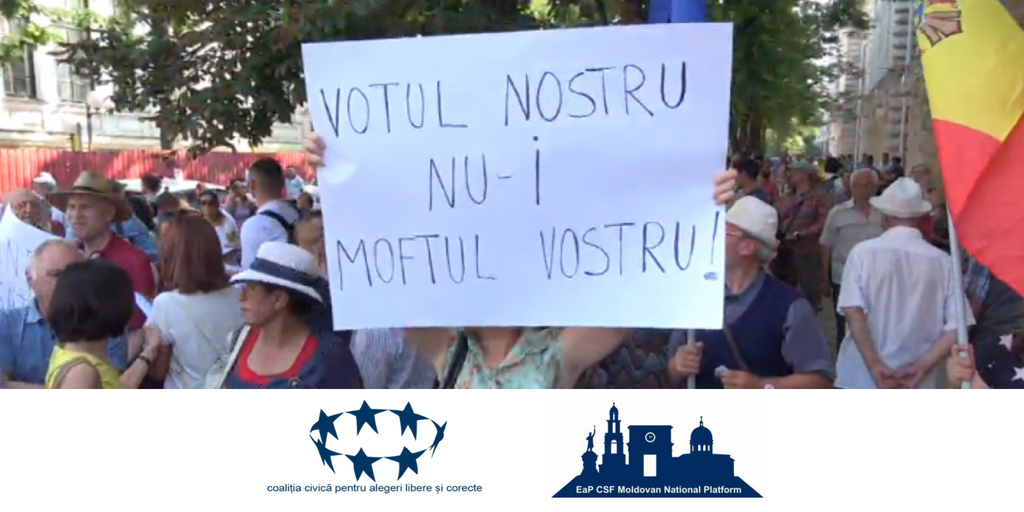 The members of the EaP CSF Moldovan National Platform and Civic Coalition for Free and Fair Elections are deeply concerned about the judgments issued by the Chisinau City Court on June 19, 2018 and the Chisinau Court of Appeal on 21 June, invalidating the local elections of the Chisinau mayor of 20 May and 3 June.

They believe that the reasoning of the decisions of the Chisinau Court and the Court of Appeal are deficient, inconclusive and undermine citizens’ confidence in the independence and professionalism of the judiciary.

Contrary to the judgments issued by the courts and in support of the above-mentioned desiderata, the CSOs present the following conclusions:

In the context of the above, on June 22 the signatory organisations called on the courts to apply in good faith the legal provisions and repeal the judgments issued by the Chisinau Court on 19 June and the Chisinau Court of Appeal on 21 June, which did not validate the local elections of Chisinau mayor on 20 May and 3 June.

The signatory organisations reiterated their support for the rule of law and the supremacy of the popular vote and call on all actors involved in the process to show political maturity and respect for democratic values in another statement on June 25.