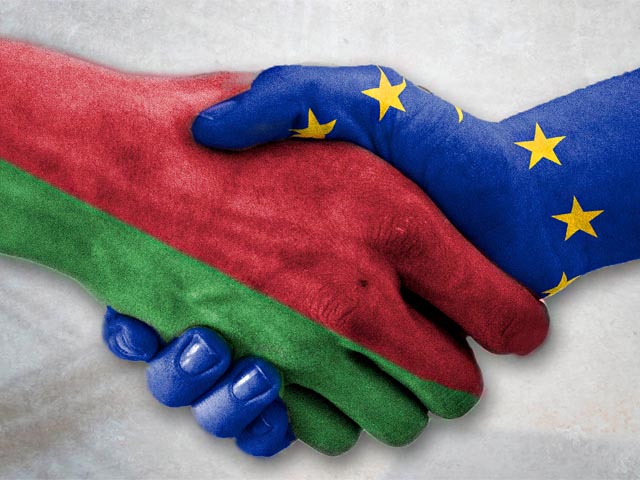 The fourth meeting of the EU-Belarus Coordination Group took place in Brussels on 20 December against the backdrop of gradual improvement of relations between the EU and Belarus in the past two years. The Joint Declaration of the EaP Summit (Brussels, 24 November 2017) noted that the parties “appreciate that the EU’s critical engagement with Belarus has become more comprehensive, including within the EU-Belarus Coordination Group, the Human Rights Dialogue and the Dialogue on Trade”.

The members of the EaP CSF Belarusian National Platform (BNP) fully support the rapprochement between Belarus and the EU. An important achievement is the gradually growing openness of the Belarusian authorities and the EU in contacts with civil society. Meetings of the EU-Belarus Coordination Group and the Human Rights Dialogue are held with a participation of civil society representatives. In October 2017, representatives of the Ministry of Foreign Affairs for the first time since the inception of the initiative took part in the EaP CSF Annual Assembly.

One of the main promising issues in the development of cooperation is the parties’ discussion on negotiations of a new EU-Belarus bilateral agreement. The Comprehensive and Enhanced Partnership Agreement (CEPA) between the Republic of Armenia and the European Union can serve as a model for Belarus since both countries are members of the Eurasian Economic Union. Nevertheless, the possibility of starting negotiations on a bilateral agreement to a large extent depends on the fulfillment of the commitments already undertaken by the parties. The road to establishing a full-fledged format of relations can be opened after the signing of the agreements on visa facilitation and readmission, the completion of the coordination and signing of the Partnership Priorities, as well as the practical implementation of the necessary steps aimed at fulfilling Belarus’ intentions to join the WTO.

The main goal of the EU-Belarus cooperation is ultimately the improvement of the stability of Belarus, growth of its population’s well-being and, most importantly, its progress towards the common values of good governance, rule of law and human rights. On this path, there are both positive changes and still unresolved issues. The memo prepared by the BNP outlines the most important and pressing issues of the current agenda from the point of view of the members in the fields of human rights, environment, social dialogue, higher education, SMEs and CSO environment, as well as some necessary actions to resolve them.

The authors argue that an unconditional achievement of the Belarus-EU Coordination Group is the format of the tripartite dialogue with the participation of the relevant Belarusian ministries, relevant structures of the European Commission and the EEAS and, representatives of Belarusian CSOs. The flexibility of the format allows for response to complex and problematic issues in bilateral relations. However, after two years of its existence, the EU-Belarus Coordination Group, on the one hand, has shown that a constructive dialogue is possible, on the other hand, it is very difficult to demonstrate significant progress through measurable and concrete results.

There is a place for comments from civil society, however their impact is minimal, while there is little continuity between the meetings. The agenda of the meetings lacks emphasis on specific issues and results. While the situation looks like the process is more important than the result, after two years of existence, it is necessary to move to another logic of setting priorities, first of all, focusing on achieving at least intermediate but concrete results. The BNP proposes the following: